InnoTrans 2020 postponed due to COVID-19

The organisers of InnoTrans have announced that the 2020 edition of the international transport trade fair is to be rescheduled to 27-30 April 2021. 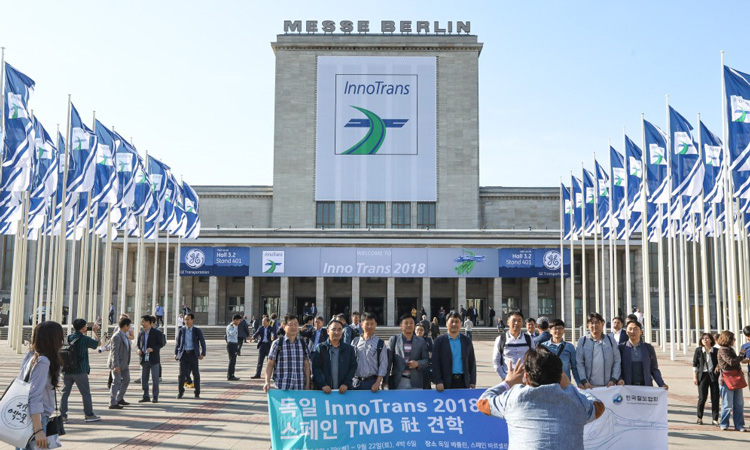 Messe Berlin, the organisers of the biennial InnoTrans transport and technology trade fair, have announced that the 2020 edition, due to take place between 22 and 25 September in Berlin, Germany, has been postponed because of COVID-19 event restrictions in Berlin.

Across their social media channels and highlighted on their website, InnoTrans announced: “We have taken note of the decree of the Berlin Senate dated 21 April 2020 regarding the ban on events with more than 5,000 persons until 24 October 2020. We are already finalising an alternative event date and will announce it at the beginning of May at the latest.”

”The health and safety of exhibitors, trade visitors and all the employees at the trade fair have the utmost priority. For this reason InnoTrans will take place from 27 to 30 April 2021. We would like to take this opportunity to thank our exhibitors at InnoTrans for their cooperation and loyalty,” said Kerstin Schulz, Director of InnoTrans.