A representative sample of 1,452 residents in Inverness was interviewed to find out more about their cycling habits, satisfaction, and the impact of cycling in the city. 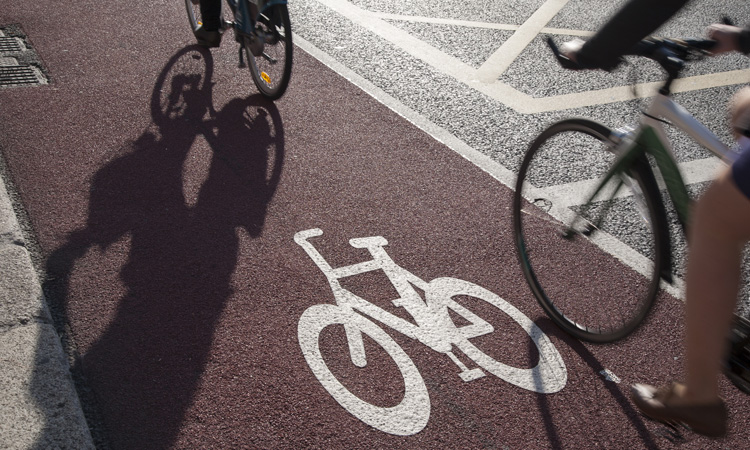 A UK assessment of cycling in cities, Bike Life, has revealed that four out of five people in Inverness, Scotland (81 per cent) think that more cycle tracks physically separated from traffic would help them to cycle more, and 66 per cent of residents said that cycling safety needed to be improved.

The report, the first of its kind in Inverness, also suggested that cycling was the least safe way of travelling around the city.

The assessment was carried out by Sustrans Scotland in partnership with The Highland Council and the Inverness Active Travel Network Programme, and is part of a wider piece of research by Sustrans covering 17 cities across the UK and Ireland, assessing cycling development, attitudes and behaviour in each city.

Currently, Inverness has 20 miles of traffic-free routes and 52 miles of signposted routes along quieter streets. However, there are zero miles of cycle track physically segregated from traffic and pedestrians, according to the report.

Despite concerns over safety, 62 per cent of residents agreed that more people riding bikes would make the city a better place to live and work.

Just less than three quarters (71 per cent) of the residents also said that they think space should be increased for people socialising, cycling and walking on their local high street.

“The Highland Council can rest assured that they have the backing of the public to build on the work they have already started to enable people to choose healthy, clean and affordable journeys by getting on a bike.”

Highlands Councillor, Trish Robertson (Chair of E&I Committee), added: “The survey findings are very interesting and will help inform our future planning and decision-making where there are opportunities for the creation of cycling infrastructure in new developments across the Inverness area.

“The interventions planned through the Inverness City Active Travel Network have the potential to encourage people to travel actively.

“Already, we have seen significant numbers of pedestrians and cyclists using the new Active Travel bridge at Stoneyfield, proving that there is a demand for more infrastructure.

“Couple that with the active travel elements of the city region deal at the Longman junction and the new East Link, and Inverness is showing the ambition worthy of Scotland’s cycling city.”