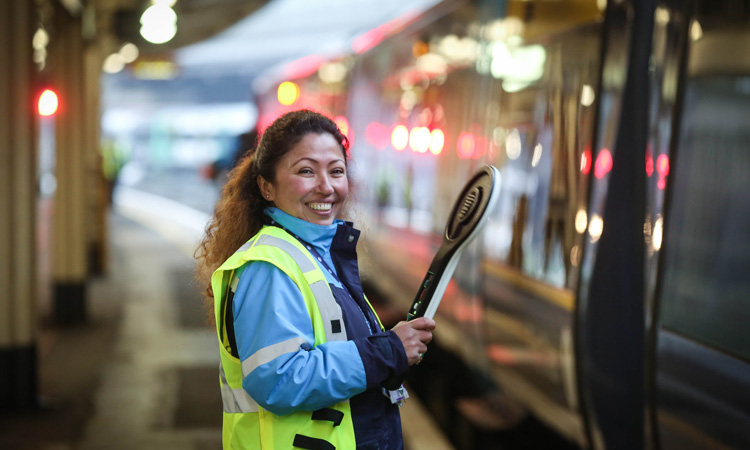 Network Rail and Southeastern have joined forces to launch what is said to be the first ever passenger service run entirely by women – on a banner day for the rail industry.

The service formed one of three Female Trains as the rail industry seeks to attract more female recruits into a traditionally ‘male’ industry. Network Rail has said that is committed to increasing the number of women in the workforce by 50 per cent by 2024 – equivalent to almost 4,000 new female staff.

Separately, GWR will also run a female train from London Paddington to Bristol, while LNER will run a ‘Flying Scotswoman’ from Edinburgh to Kings Cross.

David Statham, Southeastern Managing Director, said: “We’re honoured to be playing our part in today’s ‘Female Train’. We have made considerable progress in attracting more women into the industry and we’re proud that 20 per cent of Southeastern’s employees are female.

“The fact today’s ‘Female Train’ is one of the first shows how much more the rail industry needs to do and we will continue working with partners like Network Rail to achieve this.”

Andrew Haines, Chief Executive of Network Rail, said: “This is a brilliant celebration of women in rail. I hope it demonstrates to other women and girls that a rewarding role in our industry is a real prospect. We have an abundance of diverse and interesting jobs available and the users of the railway deserve the best of our talents. That must mean a much more diverse workforce.”

Loraine Martins, Director of Diversity and Inclusion at Network Rail, added: “This is about ensuring our organisation is as diverse as the communities we serve and valuing the contributions that everyone can make to our business. We will continue to work tirelessly to increase the proportion of women at Network Rail at all levels in our business, as well as developing the phenomenal talent that we already have.”