Contributors to the report – drawn from the rail, road, shipping and aviation sectors – agreed there is “urgent need for a co-ordinated policy framework” that reviews “how transport provisions interact.” 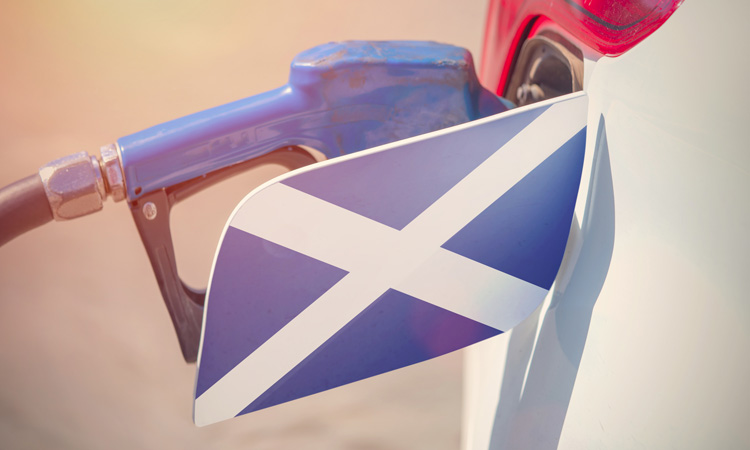 A new report has suggested that immediate action aimed at achieving net zero carbon can still offer a significant economic opportunity for Scotland – and the transport sector is ‘hugely optimistic’ about the country’s prospects of decarbonisation.

According to ‘Transport in Scotland: The Road to Net Zero’ – a report published by international law firm Addleshaw Goddard – sector contributors were extremely positive about committing to decarbonising Scotland’s transport sector.

However, they believe that the biggest obstacle to change is the issue of identifying where the necessary levels of investment will be coming from.

The report noted that surface transport emissions rose for the fourth consecutive year to 10.5 Metric Tonnes of Carbon Dioxide Equivalent (MtCO₂e), representing a three per cent rise, and have increased by nine per cent since 2012.

Transport is the highest emitting sector in Scotland, at 37 per cent of total emissions, when including aviation and shipping.

The report further noted transport and aviation trends – as outlined in the Committee on Climate Change progress report to the Scottish Government – including the total distance travelled by road vehicles in Scotland increasing steadily since 2011 at an average rate of 1.7 per cent per year.

The distance travelled by vans has also increased by over 30 per cent in the past 10 years, and cars, vans and heavy goods vehicles (HGVs) account for 65 per cent of total transport emissions, according to the report.

The report found there was “still some hesitation among private companies to commit sufficient investment into the development of new technologies” but concluded that “with concerted, coordinated and well-funded action now, net zero offers a huge economic development opportunity for Scotland.”

In order to achieve this, the report stated that a review of taxation regimes across all modes of transport is required, along with better cross-sector communication, data sharing and more data gathering to support business cases to invest.

“Environmental visas akin to Tier One Investor visas could be introduced to encourage international investment into businesses and technology that are working towards net zero,” it stated.

Commenting on the findings, Professor Graeme Roy, Director of the Fraser of Allander Institute who helped contribute to the report, said: “With both the UK Government and the Scottish Government clearly committed to net zero, decarbonising transport will be at the economic front-line of the transition. Some of the adjustment will concentrate upon changing the nature of transport – and in particular a major shift toward electrification – but it seems highly likely that achieving net zero will also require a significant reduction in day-to-day journeys for business and leisure.

“Designing a framework that supports growth and this transition will require a careful balance.”