Stagecoach, Britain’s largest bus and coach operator, provides direct employment for 24,000 people and supports a further 10,000 jobs – equivalent to one in every 1,000 jobs in the UK. 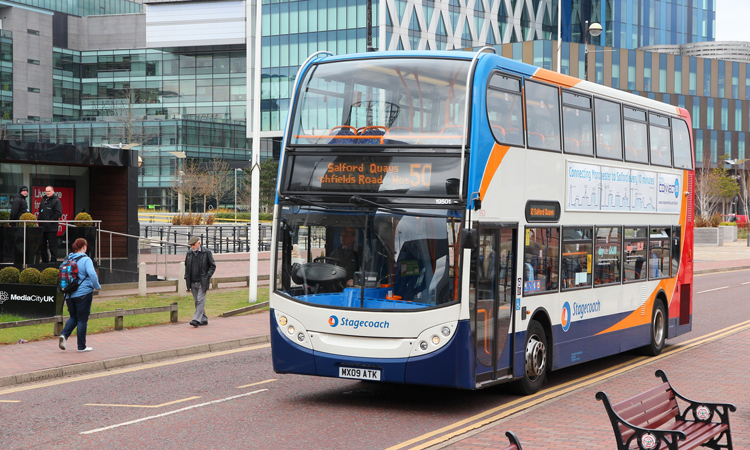 Local authorities across Britain are being urged to ‘maximise the power of the bus’ to benefit communities as new research by the Centre for Economics and Business Research (Cebr) has shown that Stagecoach supports more than £1.6 billion a year in value to the UK economy.

The report is said to have demonstrated the wider benefits and financial savings that Stagecoach transport services deliver by reducing congestion, making the nation more active, protecting the environment and supporting safer communities.

Stagecoach Chief Executive, Martin Griffiths, said: “We’re proud to have kept Britain connected for the past 40 years and this new report shows the huge positive impact of our transport services to the economy and our communities.

“As regions across the country face up to the challenges of congested roads, declining air quality, ill-health and pressure on our high streets, it is vital that local authorities maximise the power of the bus to deliver safer, healthier and more prosperous places for people to live.”

Cebr analysis has also shown that people using Stagecoach buses rather than cars helps avoid millions of pounds of wasted resources every year, with the savings able to be invested in better public services, such as:

The analysis by Cebr also revealed the contribution that Stagecoach services are making in regions across the UK, including:

From spring 2020, Stagecoach will deliver the first vehicles as part of a £13 million investment in what is one of the biggest orders of new electric buses in Europe. A total of nearly 50 new e-buses will be introduced in Greater Manchester and Caerphilly, South Wales and by the end of 2020, Stagecoach will have more electric vehicles than any other major UK bus operator.