Posted: 26 November 2012 | Transport for Greater Manchester (TfGM) | No comments yet 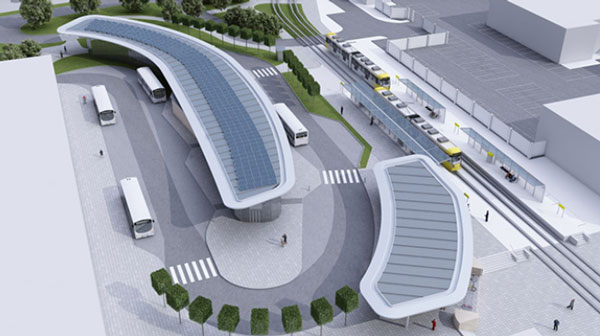 A new multi-million pound modern transport hub for Wythenshawe has been approved by local officials.

Members of the Wythenshawe Area Consultative Committee (WACC) yesterday agreed to the planning application by Transport for Greater Manchester (TfGM) for the new £6.7 million interchange.

The new Wythenshawe Interchange will boast a range of modern facilities including enclosed waiting areas for passengers, high-quality CCTV, a Travelshop and environmentally-friendly technology to produce light and heat.

It will be based off Poundswick Lane, next to Wythenshawe Forum and adjacent to the new Wythenshawe Town Centre Metrolink stop.

Councillor Andrew Fender, Chair of the Transport for Greater Manchester Committee, said: “We are delighted that this planning application has been approved, as the new interchange will bring a wide range of benefits to Wythenshawe.

“It will give the community a modern transport hub with state-of-the-art facilities in addition to being a great advantage for local businesses and employers.

“It will also capitalise on the arrival of Metrolink in Wythenshawe, as part of the new line being built to Manchester Airport, by giving passengers a modern, easy and attractive way of switching from the tram to the bus and vice versa.”

Councillor Nigel Murphy, Manchester City Council’s executive member for environment, said: “This transport hub will deliver the high quality facilities that Wythenshawe people deserve, providing new connections to destinations across Greater Manchester for both work and leisure, which will give people a real alternative to the car.

“The Metrolink line is a vital step for the future of Wythenshawe, underpinning the growth of the town centre, while providing essential links between the city centre, Manchester Airport and the Airport City enterprise zone.”

The WACC comprises of Wythenshawe’s elected councillors for each of the wards of Baguley, Brooklands, Northenden, Woodhouse Park and Sharston. The Committee has delegated powers to approve planning applications within the Wythenshawe area.

A construction firm will be appointed by TfGM next year to build the interchange, with the new facility due to open during 2015.