Lime, the mobility service provider, operates in cities across Europe and the U.S. and has reinforced its commitment to using 100 per cent renewable energy as it looks to Paris as a valuable partner. 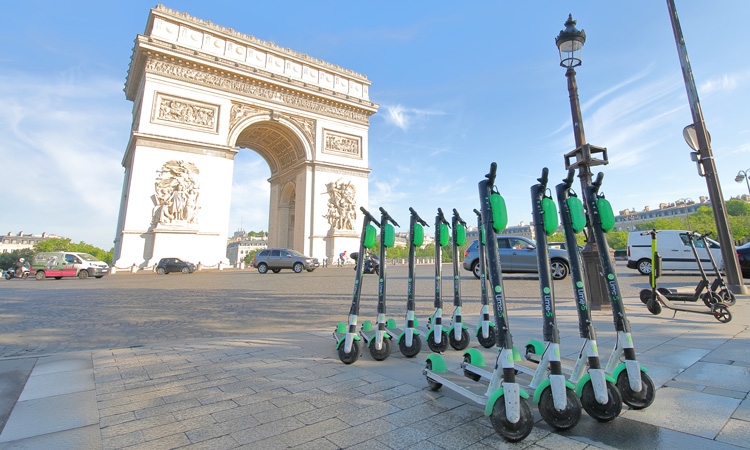 Lime President, Joe Kraus, has committed to using 100 per cent renewable energy, and speaking at The Family corporate headquarters in Paris, he explained that the French capital is a valuable partner in the search for sustainable mobility alternatives.

“We believe strongly that true action against climate change is going to require making hard choices and principled leadership at the top,” he said. “That is why we look to Paris as an example.”

Kraus praised Paris Mayor, Anne Hidalgo, for the steps her administration has taken towards urban sustainability during her five year tenure, including:

For the last year, Lime has partnered with Planet Oui to supply local, French-based solar, wind and small-scale hydro energy to power its operations. The company is also reportedly working to maximise the lifespan and circularity of its products, including improving vehicle durability, maximising parts repair and reuse, and committing to 100 per cent landfill diversion.

To date, Lime has purchased more than 163.5 MWh of electricity from Planet OUI, which is said to help the City of Paris meet its goal of 100 per cent renewable energy in transport by 2050.

Lime also plans to establish an operations fleet that is 80 per cent electric by the end of 2019, and 100 per cent electric in 2020. The company has also committed to increasing its e-cargo bike fleet from six to 10 by the start of 2020, enabling Lime’s team of 50 patrol staff to perform daily field maintenance and scooter retrieval carbon-free.