The Ministry of Land, Infrastructure and Transport in South Korea has said it will begin testing autonomous buses in South Korea’s administrative hub of Sejong – or ‘Sejong Special Autonomous City’ – in late 2019. 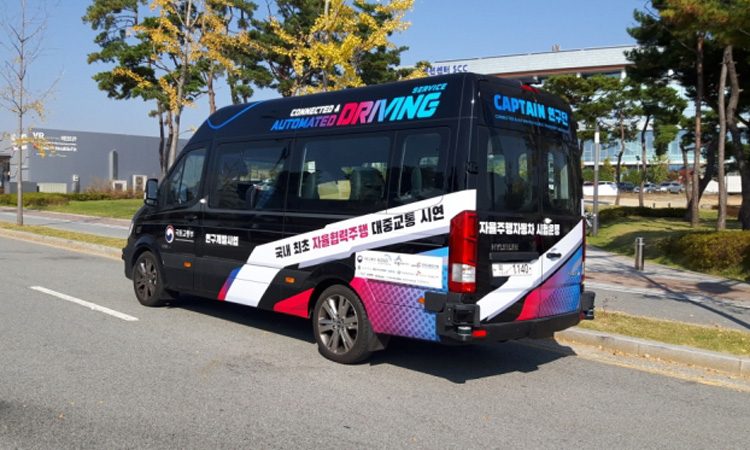 Credit: The Ministry of Land, Infrastructure and Transport

After the announcement of autonomous bus testing from The Ministry of Land, Infrastructure and Transport, South Korea has plans to offer commercial self-driving bus services for citizens in Sejong in 2022 before expanding the service into other regions.

A human driver will be present during the tests in a 9.8-kilometre-long designated route – with ordinary vehicles still in operation – in the case of required intervention.

A feature of the proposed autonomous bus service will be the ability to stop at locations decided by passengers, which aims to increase ridership and assist those who are physically handicapped. Passengers will be able to select spots for pick up or drop off through their smartphone applications, according to the project officials.

“The bus will recognise passenger demand at each station and will operate based on that data,” said Kang Kyung-pyo, a researcher at the Korea Transport Institute (KOTI).

In a test drive of a mini autonomous bus – developed by KTI, Hyundai Motor Co., SK Telecom Co. and Seoul National University – the bus was able to change lanes and stop at crossings, all whilst other vehicles operated on the route.

“The bus uses not only data from its sensors but also real-time traffic information,” Kyung-pyo said. “For instance, if the bus is to make a left turn at a crossroad, it analyses the time duration of the left turn signal and makes the move when it is considered safe.”

The ministry officials have said eight buses with Level 4 autonomous driving technology will be deployed in 2021, covering a 35.6-kilometre-long section.

Infrastructure and Transport, The Korea Transport Institute (KOTI), The Ministry of Land