The pilot programme is set to begin on 4 November 2019 with testing on multiple routes around San Diego. 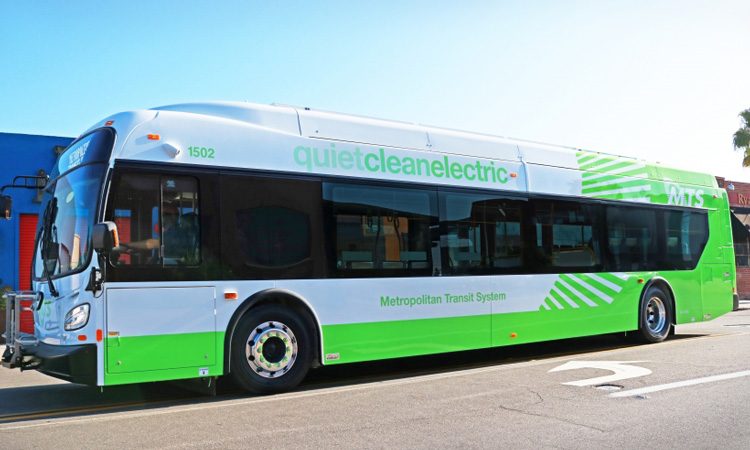 The San Diego Metropolitan Transit System (MTS) has launched a $12.5 million pilot programme of electric Zero-Emissions Buses (ZEB). The vehicles are the first of their kind in the region and are said to represent the next step for the transit agency in providing connected communities, cleaner air and reduced congestion.

Launching on 4 November 2019, the buses will be rolled out into passenger service in late November 2019 after a number of weeks of validation and testing.

Currently, MTS’s 40- and 60-foot fixed route buses are fuelled by compressed natural gas (CNG). State regulations require public transit agencies to gradually transition to all-ZEB fleets by 2040 and MTS has said it is preparing for that mandate by initiating this pilot programme.

“Our focus is on providing the highest level of service for our riders and achieving the maximum return on our investments,” said MTS Chief Executive Officer, Paul Jablonski. “Getting these buses on the road will immediately improve the air quality in the communities we serve while arming us with the performance data and operational insights necessary to build an effective transition plan.”

The electric buses have an average estimated range of 150 miles per charge. Many MTS bus routes are 150 miles or less, making them appropriate for us in the region.