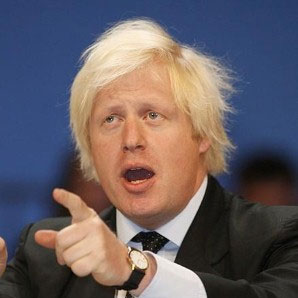 The Mayor of London, Boris Johnson, has set out a 2013 fares package that will help Transport for London (TfL) to continue and expand its major programme of investment in the capital’s transport network, and provide the support required to boost jobs and economic growth in London.

The Mayor has secured an extra £96million of funding that will be used to keep next year’s fares package lower than expected.

He confirmed today (7 November) that from 2 January 2013 fare increases on London’s Tubes, buses, London Overground, Dockland’s Light Railway (DLR) and trams will rise at one per cent above inflation overall.

It was also confirmed today that there will be increases to access fees for Barclays Cycle Hire in 2013.

An unprecedented investment in London’s transport network is underway that is delivering faster, more frequent and reliable services for customers and supporting London and the UK’s economic development and growth.

The Mayor also intends to expand that programme by making a significant investment in the capital’s roads, increasing investment in cycling and cycle safety projects and ramping up work to improve the deep Tube lines. Further detail of those measures will be announced before the end of the year in TfL’s new business plan.

However, over the next year it has already been confirmed that sustained investment in London’s transport network will see:

The Mayor has ensured that concessionary travel for young people, veterans and older and disabled Londoners has been protected in 2013 so that those who need it most will continue to travel for free or at a discounted rate. London’s over 60s have had free travel reinstated with the 60+ London Oyster card effective from 1 November 2012.

Based on July’s RPI figure of 3.2 per cent, from 2 January 2013 fares will rise by an average 4.2 per cent across TfL services and Oyster pay as you go. Within that overall package the Oyster daily price cap for TfL rail and National Rail services will be frozen, while some fares will go up by slightly more or slightly less than the 4.2 per cent average.

TfL also continues to drive forward with a challenging programme of £7.6bn of savings and efficiencies, so that every penny TfL receives goes toward running and upgrading the transport network for customers. Around three quarters of this has already been secured, with work ongoing to deliver further savings.

The Mayor of London, Boris Johnson said: ‘Before the end of the year I will spell out further investment on the transport network that will help us to provide faster, more frequent and reliable journeys for Londoners; and is crucial to the economic development and growth that is so vital to our great city.

‘This fares package is hugely important to our millions of passengers and I am very pleased to have secured nearly £100m that will help to keep fares as low as possible, and protect the important concessions that we offer the most vulnerable Londoners.’

Further details of the new fares are set out in the tables below, but the key elements of the January 2013 fares package are:

Also from 2 January, rail users travelling in to London from parts of Essex and Hertfordshire will benefit from the ease and convenience of using their Oyster cards, with the installation of Oyster readers at Brentwood, Shenfield, Waltham Cross, Theobalds Grove, Cheshunt and Broxbourne on the Greater Anglia network which serves London Liverpool Street. The extension of Oyster pay as you go to these stations from January 2013 was a commitment made by Abellio when they took on the Greater Anglia franchise in February 2012 and builds on the success of Oyster being extended to all National Rail stations within Greater London in 2010.

Barclays Cycle Hire will see changes to access fees from January 2013. 24 hour access will increase from £1 to £2, weekly access will rise from £5 to £10 and yearly membership will move from £45 to £90. Annual members will pay as little as 24p per day for unlimited journeys under 30 minutes. The majority of cycle hire trips are made within the free 30 minute usage charge period and additional charges for late return, non return and bicycle damage will not increase.

Over 17 million journeys have been made using the cycle hire scheme since its introduction in July 2010 and usage has risen by over 35 per cent in the last 12 months, with casual usage more than doubling during the same period. The access fee increases are the first since the scheme was introduced and will be used to make improvements to the future operation of the scheme.