‘Superblocks’ model could save lives and improve transport networks in Barcelona

A new study is said to be the first to assess the health impacts of the new urban planning ‘Superblocks’ model. 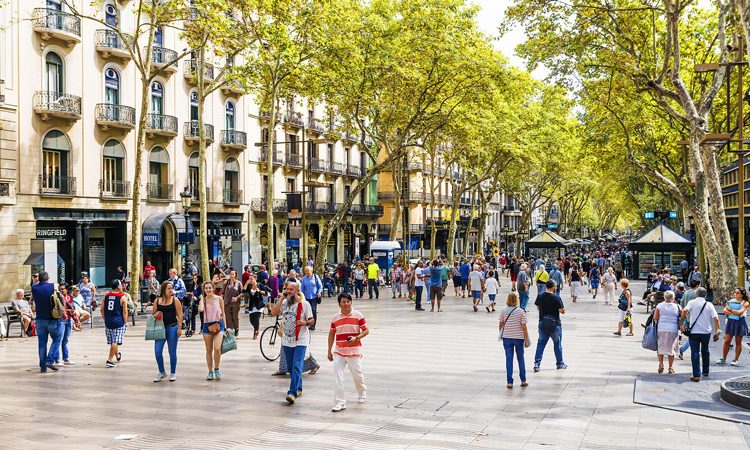 The city of Barcelona could prevent 667 premature deaths every year by fully implementing its proposed superblocks model, a study has revealed.

The study, carried out in collaboration with the Public Health Agency of Barcelona (ASPB) and BCNecologia, has assessed the health impacts of this new urban and transport model. Using health impact study (HIA) methodology, the team of scientists used a statistical model to quantify the potential effect of the creation of 503 superblocks throughout the city.

Superblocks are a new method of organising the city by giving priority to pedestrians, bicycles and public transport. They can return public spaces to citizens, increase the presence of green spaces and improve the environmental conditions of the city by decreasing air pollution. Other beneficial factors include reductions in traffic noise and mitigation of heat island effects, according to the Barcelona Institute for Global Health (ISGlobal).

The study estimates that the creation of 503 superblocks called for in the initial plan, led by Salvador Rueda of BCNecologia, would reduce annual air pollution by 24 per cent. Currently, redevelopment projects under the umbrella of the superblock project have been undertaken in just six Barcelona districts: Poblenou, Sant Antoni, Horta, Gràcia, Les Corts and Sants.

Findings indicate that the original superblocks project could increase life expectancy by almost 200 days on average per inhabitant and generate an annual economic saving of €1.7 billion. The most notable health benefits would come from reductions in air pollution, followed by the mitigation of traffic noise and heat island effects.

Traffic noise levels would decrease by 5.4 per cent, dropping from 54db to 51db. Trips using private motor transport would also be reduced, with an estimated 230,000 of the almost 1.2 million motorised trips that currently take place every weekday in the city being undertaken on public services or by active transport. The study estimates that this change in mode of transport would also involve an increase in physical activity, preventing a further 36 premature deaths.

“Our estimates provide an example of what could be achieved by implementing a new urban model that prioritises health and significantly reduces the harmful exposures we are subject to in the current model,” explained Mark Nieuwenhuijsen, Study Coordinator and Director of the Urban Planning, Environment and Health Initiative at ISGlobal. “However, for the distribution of health benefits to be complete and equitable, superblocks should be created all over the city.”

Mark Nieuwenhuijsen concludes that “in order to implement the superblock approach at the municipal level and to maximise its health benefits, we must improve the public transport network throughout the Barcelona metropolitan area – focusing particularly on reducing the number of commuters who drive in and out of the city every day – and continue to improve and expand the city’s network of cycle lanes.”