Estimates suggest that trips from Raleigh to Durham or Chapel Hill, a distance of nearly 30 miles, could be completed in under 10 minutes with the help of hyperloop technology. 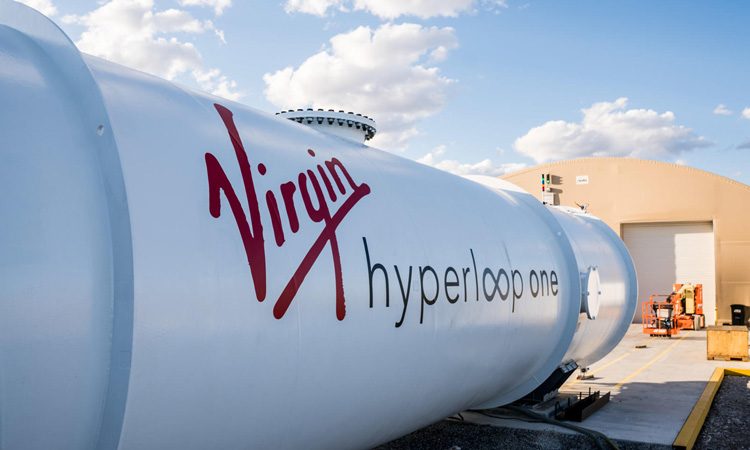 North Carolina’s Regional Transportation Alliance (RTA) – the voice of the regional business community on transportation – kicked off an exploration of hyperloop as a potential regional and inter-city transportation platform.

The report identified example hyperloop corridors that could seamlessly connect Raleigh, Durham, Chapel Hill, and RDU International Airport near the Research Triangle Park, and create a linchpin for a future hyperloop network across the southeastern U.S. The N.C. Department of Transportation also participated in the discussion.

Jay Walder, CEO of Virgin Hyperloop One, said: “North Carolina Research Triangle – home to some of the country’s top companies, universities and healthcare centres – is an absolute prime location to examine hyperloop technology.

“There is a tremendous opportunity to further connect these regional anchors and link North Carolina’s capital area with markets to the south and the northeast using a more efficient, sustainable, and reliable form of passenger and cargo transportation. It’s incredibly energising the see North Carolina and the Triangle region take this important step forward in amplifying its vision for what 21st century transportation can be.”

According to the pre-feasibility study, carried out by AECOM, the introduction of a hyperloop system alongside area freeways including I-40 and NC 147 could generate significant economic and quality of life advantages for the region and for North Carolina, reducing travel time and improving road safety.

Joe Milazzo II, PE, Executive Director, Regional Transportation Alliance, commented: “The Research Triangle area is uniquely positioned from a technology focus, spatial layout, and favourable mid-east coast location to benefit from a hyperloop travel solution that could quickly link America’s R&D cities of Raleigh and Durham with each other and with neighbouring regions in the southeast and mid-Atlantic.”

Other economic benefits to be considered include travel time reliability, direct linkages to the best-connected medium hub airport in North America, improved logistics for cargo shipments, and the effects of cities and economic centres connected by the system to have far more synergy by being connected within minutes. Interconnections with a proposed regional bus rapid transit network serving Research Triangle area counties and the existing passenger rail network would further leverage potential benefits of and connections to the system.

Virgin Hyperloop One’s visionary technology features depressurised tubes that carry on-demand passenger or cargo “pods” at speeds up to 670 miles per hour, powered by magnetic-levitation. Its proprietary depressurised tube infrastructure essentially eliminates the impacts of air-drag and friction, requiring less energy and cost to operate the system and allowing travel to occur at exceptionally high speeds.

Toyota announces plans to build ‘city of the future’

An Indian experiment with free transit