TfL sets out plans to implement the Paralympic Route Network 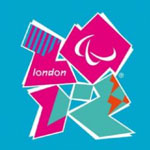 The Paralympic Games, from Wednesday 29 August to Sunday 9 September, are smaller in scale than the Olympic Games but are still the world’s second largest sporting event and focused on the City and the east of London.

The physical build of the Paralympic Route Network (PRN) will begin overnight on Saturday 25 August, but it will not come into operation until 06:00 on Wednesday 29 August, the day of the Opening Ceremony of the Paralympic Games

The PRN and Games lanes will end operation one day after the end of the Paralympic Games at midnight on Monday 10 September, to aid the departure of athletes, officials and media

Games lanes will operate flexibly and only be switched on when needed to get athletes, officials and media to their events on time

Motorists are advised to avoid driving around the PRN and Games venues, particularly around the Olympic Park in Stratford and on the A102 approach roads north and south of the Blackwall Tunnel from Wednesday 29 August

Roads into and around the City of London – including the A2, A12 and A13 – will be busier than usual, so plan your journey and allow more time

Transport for London (TfL) today set out the detailed plans for the implementation and operation of the Paralympic Route Network (PRN) and provided important advice for motorists in the run-up to and during the Paralympic Games, which take place from 29 August until 9 September.

As the Capital gets ready to welcome the world to London again, and to hosting the best ever Paralympic Games, roads around the Olympic Park, the City and the east of London will start becoming busier from early next week.

The PRN preparation works, taking place overnight to keep disruption to a minimum, will start on Saturday (25 August).

By Tuesday 28 August final preparations, such as placing barriers to restrict turning manoeuvres across the PRN, will be put in place in time for it to begin operation and for the Games lanes in London to be enforced from 06:00 on Wednesday 29 August, the day of the Paralympic Games Opening Ceremony.

The PRN will help ensure all athletes, officials and the world’s media can get to events on time during the Games.

The 36 mile-long PRN is considerably smaller than the Olympic Route Network (ORN) and is focused on the east of London.

There are 8.7 miles of Games lanes on the routes between the City of London financial district, where the International Paralympic Committee (IPC) and the world’s media will be based, the Olympic Park and other venues, including ExCeL, North Greenwich Arena, Greenwich Park and the Royal Artillery Barracks.

There is an additional Games lane between junctions 3 and 2 of the eastbound M4, which is operated by the Highways Agency.

As during the Olympic Games, the Games lanes will be operated flexibly and will be opened up to all traffic when demand from Paralympic Games vehicles is low and capacity is available.

A network of around 100 Variable Message Signs (VMS) along the PRN will clearly state to drivers that they may continue to use the road network as normal and that they are not restricted from using the lanes marked out with the Olympic rings symbols until operation of the PRN begins on 29 August and when open to all traffic during the Games.

The PRN build and implementation timetable is as follows:

In order to ensure that the Capital remains open for business and we can keep London moving during the Paralympic Games, TfL’s advice to road users is:

London’s Transport Commissioner, Peter Hendy said: ‘London is about to host the world’s second largest sporting event, and Paralympic records have already been broken for the number of tickets sold to spectators.

‘While the Paralympics are smaller than the Olympics, they will present their own set of challenges.

‘London’s children will begin a new school year in the second week – and their parents will return to work – and larger groups are expected to travel together on the public transport network.

‘The ORN played a vital role in the success of the Olympics, getting all athletes, officials and the world’s media to their Games events on time and to keep London moving, and now we need the PRN to do the same job.

‘Our advice to motorists is to avoid driving around the PRN routes and venues, particularly the Olympic Park in Stratford and on the A102 approach roads north and south of the Blackwall Tunnel.

‘Please continue to plan ahead at GetAheadoftheGames.com and allow extra time for your journeys when necessary.

‘We have always had twin objectives for the Games of ensuring that everyone gets to their Games events on time as well as keeping London moving and open for business – this is what we’ll continue to deliver.

‘London has a rich and vast array of attractions and we encourage everyone to continue enjoying the theatres, restaurants, shops, Trafalgar Square Live Site and other attractions on offer.’

The Temporary Road Changes planning tool on the GetAheadoftheGames.com website includes all of the information motorists, cyclists and pedestrians need to plan their road journeys during the Paralympic Games, including details of the PRN and LOCOG’s local parking and traffic management plans.

As was the case with the ORN, owners of vehicles who break the PRN regulations in London, including driving in Games lanes, stopping along the route or contravening banned turns, risk a penalty charge of £130.

However there is no interest in unnecessarily penalising drivers and we hope to see them comply in the way they did for the ORN during the Olympic Games which had a 98 per cent compliance rate.