Due to open in 2021, the new Eglinton Crosstown LRV will be a zero-emissions mode of transport. 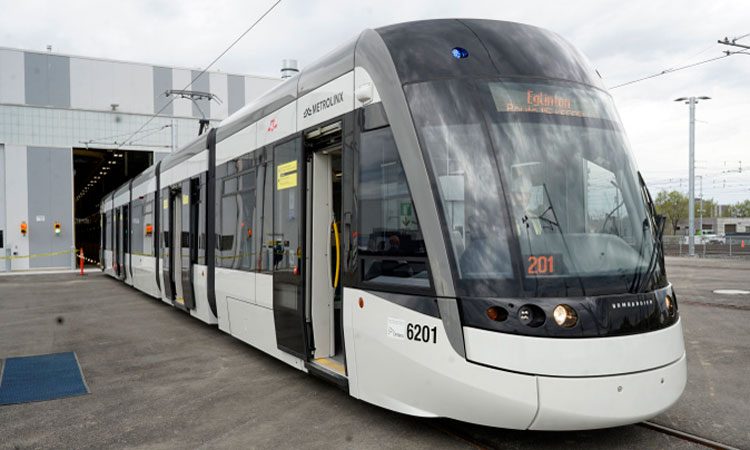 The Metrolinx light rail vehicles are being tested, and will soon be in service between Toronto and Hamilton. The 19-kilometre route of Toronto’s Eglinton Crosstown LRT line will have 25 stations along it.

Phil Verster, Metrolinx President and CEO, said: “I had a chance to take the controls of one of the new vehicles and take it for a test drive, and it’s excellent. Our customers are going to have a phenomenal experience. This is a very exciting milestone for the Eglinton Crosstown LRT (light rail transit) project and for Metrolinx. Our commercial and project management with Bombardier is delivering what we expected.”

The smooth and quick vehicles will soon provide much needed transit to neighbourhoods along the 19-kilometre route of Toronto’s Eglinton Crosstown LRT line.

Gord Campbell, CTS’s Revenue Vehicle Manager, said: “I like the sleek looking, modern design of the vehicle – in transit terms I consider them quite sexy. The logistics were so well choreographed,” says Campbell. “Bombardier was providing continuous updates on where the delivery truck was located along the highways of Ontario.”

Campbell continued: “The atmosphere around the shop was exciting. As the LRV cleared the front gates of the facility, most employees stopped their work to watch the LRV parade past their window. We had the same feeling as a child’s excitement of waking up on Christmas morning and getting a special gift from Santa.” 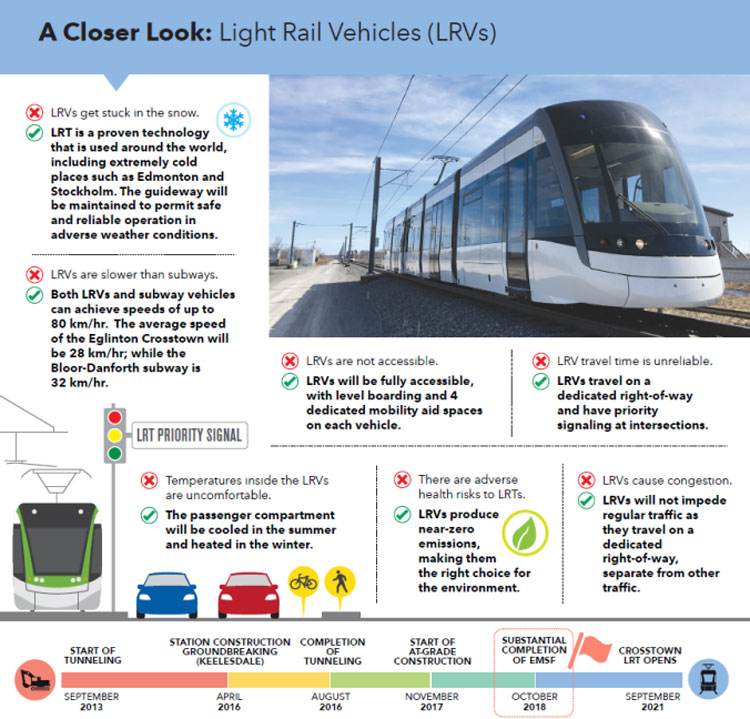 Cambell continued: “I have great confidence in the success of this project here in Toronto. Time will ultimately tell on how the vehicles will perform, but we have the expertise on hand to make sure any bugs will be worked out.”

Campbell also points out the LRVs are a slight derivation of the current TTC streetcars and Region of Waterloo vehicles – an advantage as the manufacturer has had time to work on improvements.

The Crosstown LRVs produce zero emissions and will travel on a dedicated right-of-way, so they won’t impede traffic.

They’re also used to extreme cold and snow, and are used in cities like Edmonton, Minneapolis and Stockholm. Toronto weather should not be a problem.

The rest of the LRV deliveries are underway and will continue until all 76 LRVs have arrived in 2021 – when the Eglinton Crosstown is expected to be in service.