Demand-responsive bus service set for expansion in Oxford after success

The PickMeUp on-demand bus operation in Oxford has exceeded expectations in its first nine months of operation and is set to expand with extra buses and additional staff to meet demand. 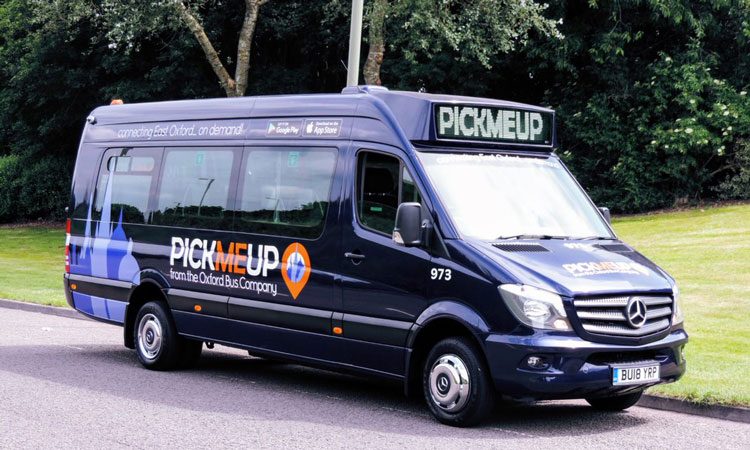 More than 100,000 journeys have been made on PickMeUp, Go-Ahead Group’s on-demand ride-sharing service since it launched in June 2018.

Over 22,000 registered users have signed up to the app and an average of 3,500 journeys are now completed per week.

In the light of the service’s popularity, Go-Ahead is expanding the zone to serve Summertown, an additional area of Oxford, from 21 April 2019. The zone expansion forms part of growth plans which have also seen investment in five new jobs and two new buses this year, with support from Oxford Science Park.

PickMeUp, managed by the Oxford Bus Company on behalf of the Go-Ahead Group, is the largest scheme of its kind to be launched by a UK bus company. It enables passengers to request a mini-bus pick-up within 15 minutes at a virtual bus stop using a mobile phone app. The service provides the flexibility to choose both the start and end point of journeys within the Eastern Arc of the city. Matching technology enables passengers to be grouped with others making similar journeys to enable ride-sharing.

PickMeUp operates in an area with a high concentration of car use, with more than nine out of 10 commuters travelling to work in their own vehicles. The initiative is intended to tackle worsening traffic congestion and a shortage of parking as Oxford’s economy grows.

Go-Ahead partnered with New York ride-sharing start-up Via to launch the service, utilising their operational experience in New York City, Chicago, Washington DC, London, and Amsterdam. The company has a growing number of partnerships with cities, public transit authorities, and private operators around the world.

Commenting on the success and subsequent expansion of PickMeUp, Katy Taylor, Commercial and Customer Director at Go-Ahead Group, said: “Passengers have embraced this new idea and we’re looking at ways to introduce demand-responsive bus services elsewhere in the UK. We’re always keen to find ways to meet customers’ needs through better use of transport and innovation. Passengers and local businesses have told us they want more flexibility and greater connectivity and we’re working to deliver on those. It’s good to see that PickMeUp is running ahead of expectations – many of the people using this service would otherwise have been travelling by private car.”