Waymo inches closer to the operation of fully autonomous vehicles

Waymo has become the first company to receive a permit from the state of California to test driverless vehicles without a backup driver in the front seat. 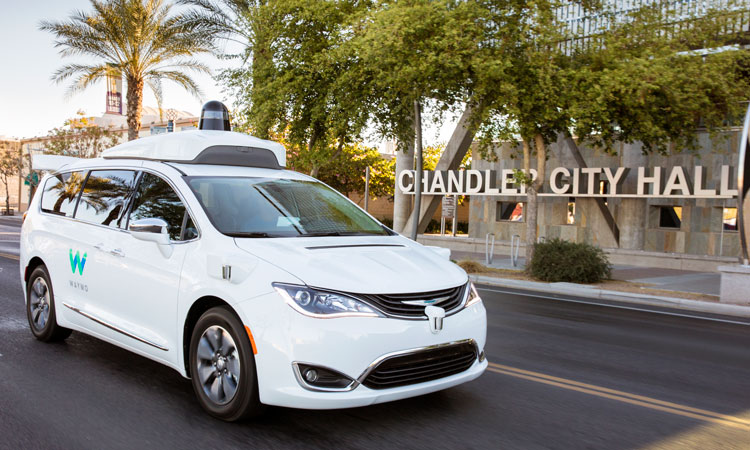 The Department of Motor Vehicles (DMV) has issued a permit to Waymo which states they can test driverless vehicles on public roads, including freeways, highways and streets within the cities of Palo Alto, Mountain View, Los Altos, Los Altos Hills and Sunnyvale, in Santa Clara County.

Since 2014, the company has had a permit to test driverless cars with a driver, however, this new permit allows for a fleet of over 30 vehicles to be tested with no ‘back-up’.

DMV Director, Jean Shiomoto, said: “California has been working toward this milestone for several years and we will continue to keep the public’s safety in mind as this technology evolves.”

Since 2012, state law has said that the DMV is required to adopt regulations covering both the testing and public use of autonomous vehicles on Californian roadways. Regulations to allow testing with a safety driver behind the wheel took effect on the 16 September 2014. Following this, regulations to allow testing without a driver and the deployment of autonomous vehicles were subsequently adopted and took effect on 2 April 2018.

Waymo may be the first company to receive a driverless permit in California, but there are currently 60 manufacturers who are permitted to test autonomous vehicles in California with a safety driver.

There are several criteria that companies need to meet before they receive a driverless testing permit. The DMV has suggested that companies must provide evidence of insurance or a bond equal to $5 million, must verify that vehicles are capable of operating without a driver, meet federal Motor Vehicle Safety Standards and prove the vehicle is a SAE Level 4 or 5. They must confirm that the vehicles have been tested under controlled conditions that simulate the planned area of operation. Moreover, the testing companies must notify local governments of planned testing areas.

As a result of the increase in this technology in California, the DMV are developing a Law Enforcement Interaction Plan that provides information to law enforcement and other first responders on how to interact with test vehicles. This will force the companies to continuously monitor the status of test vehicles and provide a two-way communication with any passengers.

The driverless testing permit holders must also report collisions involving the driverless test vehicles to the DMV within 10 days of the incident and submit an annual report of disengagements.