The Clean Air Plan from Uber is dedicated to reducing pollution across the capital, making the city a healthier place for residents and visitors. 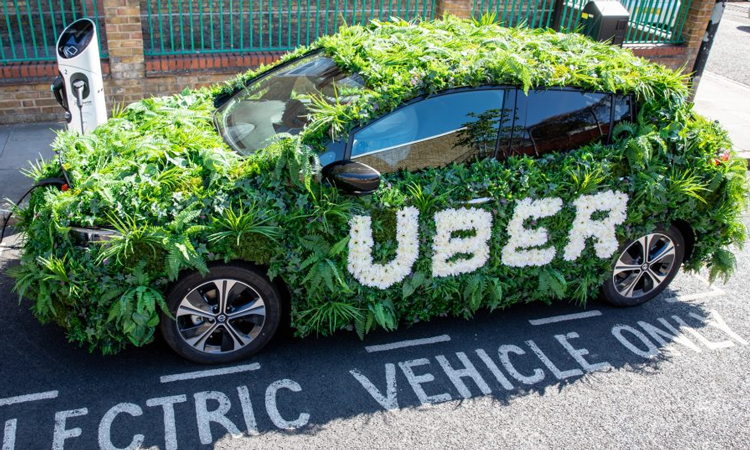 Uber has announced their Clean Air Plan – a step towards helping to tackle air pollution in London – with the aim for every car on the Uber app in the capital to be fully electric by 2025.

The plan is aimed at addressing some of the key challenges drivers face in upgrading to cleaner vehicles and includes numerous initiatives.

Dara Khosrowshahi, CEO of Uber, said: “Our £200 million Clean Air Plan is a long-term investment in the future of London aimed at going all electric in the capital in 2025. Over time, it’s our goal to help people replace their car with their phone by offering a range of mobility options – whether cars, bikes, scooters or public transport – all in the Uber app.”

Firstly, from early 2019, a ‘clean air fee’ of 15p per mile will be included on every trip booked through the Uber app in London – every penny of which will go towards helping drivers to upgrade into an electric vehicle as well as other clean air initiatives. On an average trip in London, this will mean a clean air fee of approximately 45p.

Secondly, every driver using the app in London will be able to get financial help when moving into an electric car. The level of support received will be based on the number of miles they have driven on the app. For example, a driver using the app for an average of 40 hours per week could expect around £3,000 towards an EV in two years’ time and £4,500 in three years.

Jasmine Whitbread, CEO, London First, said: “London is stepping up to cut emissions and improve air quality – and bold initiatives from businesses, the public sector and Londoners themselves are what is needed. It is great to see Uber helping drivers make the switch to electric as we continue to work with the Mayor’s Taskforce to build up the home and public charging networks London needs.”

Alongside this, Uber has teamed up with several home-charging suppliers (BP ChargeMaster, EO Charging, EVBox, Franklin Energy, NewMotion, Pod Point and Swarco EVolt) who can provide more affordable charging options to drivers so they can charge their car quickly and efficiently at home.

This is as well as a partnership with ChargePoint to provide a number of rapid-charging stations in central London to existing drivers of electric vehicles.

Chris Large, Senior Partner at Global Action Plan, the charity behind Clean Air Day, said: “Two major barriers slowing the uptake of electric cars are still the purchase price and the substandard charging network. Uber’s efforts to overcome these barriers should be commended. The aim for London Uber journeys to use only fully electric cars by 2025 is one of the most ambitious aims of any major company in the future mobility sector.”

Another element of the Clean Air Plan is a diesel scrappage scheme aimed at removing 1,000 of the most polluting cars from London’s roads which will also launch early 2019. The first 1,000 people in London to scrap a pre-Euro 4 diesel vehicle and provide an official scrappage certificate will receive up to £1,500 of credit to spend on Uber or uberPOOL rides.

Matthew Eastwood, Head of Transport at the Energy Saving Trust, said: “Our work with Uber on electric vehicles has allowed us both to develop an understanding of the impact driving an electric vehicle has on licensed private-hire drivers. The report highlighted where electric vehicles worked well and where there are challenges. These learnings will be extremely valuable in support of the electrification of this important area of road transport.”