A new report from the UK’s Task and Finish Group on Taxi and Private Hire Vehicle Licensing has made a number of recommendations for changes in how PHVs and ride-sharing companies are licensed. 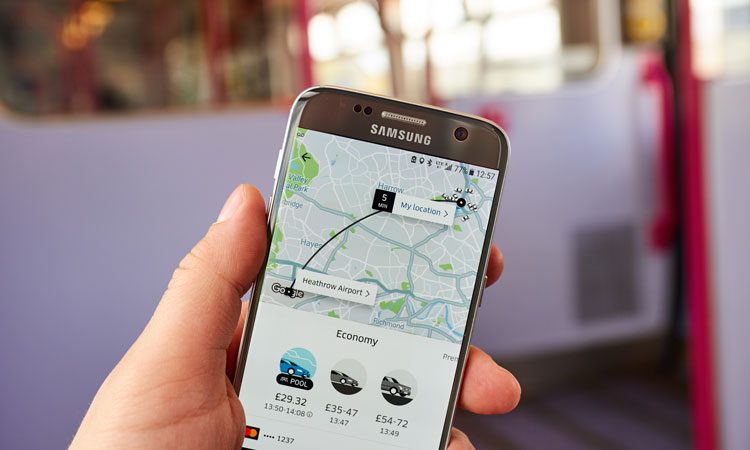 Companies like Uber could soon be subject to a restriction on the number of licensed vehicles they are allowed to operate.

The license cap is just one of more than 30 recommendations made by the UK’s Task and Finish Group on Taxi and Private Hire Vehicle Licensing in a new report on how to make PHV services safer. Under this recommendation, local licensing authorities would be able to cap license numbers based on a proven need to do so after a public interest test.

The report urges an urgent revision of taxi and PHV legislation that can better regulate the trade, and says that the government should adopt ‘national minimum standards’ for the licensing of PHVs and taxis. These standards would “ensure a high minimum safety standard across every authority in England”. The report recommends that these standards should be decided on by a consortium of regulators, passenger safety groups and operator representatives.

A significant part of increasing passenger safety in the industry is monitoring activity inside vehicles that are carrying passengers, and the report recommends that all licensed PHVs be fitted with CCTV (recording both video and audio). It would be the responsibility of local licensing authorities to mandate this using their existing powers, but the report also recommends that for the benefit of crime reduction in all licensed vehicles, government and local authorities should consider ways in which the cost of installing CCTV can be avoided for small businessess – though the report does not define the criteria for a ‘small business’ in its recommendation.

There are also recommendations for ensuring that PHVs provide an increased number of wheelchair-accessible services. Where a licensing authority has a low number of wheelchair-accessible vehicles (WAVs) in its fleet, the report says that the authority should weigh up whether there is a demand for these vehicles that is currently not being met. If so, the authority should consider how best to address this, and whether they need to make it mandatory to have a minimum number of WAVs. As part of this, licensing authorities that do not already have lists of WAVs in compliance with the Equality Act 2010 should ensure they do so in order to make sure passengers are protected by that legislation.

Following Uber’s troubles in regaining its license to operate in London, the report touts London’s licensing model as a short term solution to licensing in large urban areas with metro mayors. Elsewhere, in non-metropolitan areas, smaller authorities should collaborate to ensure capacity and effective licensing.

Commenting on the report, Tobyn Hughes, Managing Director of Nexus and Chair of the Urban Transport Group, said: “We have long argued that the legislative framework for taxis and PHVs is outdated and in urgent need of significant reform for reasons of public safety, congestion, consumer protection, air quality and inclusive growth. We are pleased therefore that the Task and Finish Group report reflects and endorses all the key recommendations of our Taxi! report of last year. In particular, we welcome the call for a tightening up the licensing regime to prevent a race to the bottom on standards and safety, and powers for authorities to limit numbers of taxis and PHVs if necessary in order to help tackle congestion.”

Jonathan Bray, Director of Urban Transport Group, added:  “Taxis and PHV numbers are experiencing exponential growth in many urban areas and have been transformed by new business models and technologies. Yet the legislation which governs the sector is archaic, confusing and contested, and is not in the best interests of those who use taxis, those who drive, or those who have responsibilities for keeping cities moving. We now look to the government to act on these proposals and we look forward to contributing to that process.”