Managing Director of Stagecoach UK Bus to retire next year 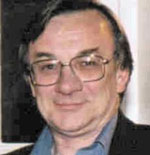 Stagecoach Group announced today (11 April 2012) that Les Warneford, Managing Director of its UK Bus division, is to retire next year.

Les Warneford, a former bus conductor and one of the UK bus industry’s longest-serving managing directors, will step down from the post on 1 May 2013 when he will be succeeded by Robert Montgomery, currently Service Performance Director.

As part of the Group’s succession planning, Robert Montgomery has been appointed Deputy Managing Director, Stagecoach UK Bus, effective 1 May 2012. He will work closely with Les Warneford over the next 12 months to ensure a smooth handover of responsibility.

Stagecoach is one of UK’s biggest bus and coach operators, with around 2.5 million passengers travelling on the company’s 7,700 buses every day. The award-winning company has around 25,000 employees across the UK.

The company’s network stretches from south-west England to the Highlands and Islands of Scotland, and it includes major city bus operations in London, Liverpool, Newcastle, Hull, Manchester, Oxford, Sheffield and Cambridge.

Sir Brian Souter, Stagecoach Group Chief Executive, said: “Les has played a very significant role in Stagecoach’s success. He has headed a division which has provided consistently strong operational delivery, the best value fares to customers, huge levels of investment and industry-leading financial performance, as well as an exceptional track-record of passenger growth.

“Robert has spent a decade with Stagecoach and has overseen the strong growth of our bus companies in the south of England, as well as expanding our megabus.com budget coach operation in the UK. I am confident he will build on these strong foundations. We also have a talented and experienced wider senior management team at our UK Bus division, and a strong network of regional bus companies who have the power and flexibility to run their businesses locally.”

Robert Montgomery – whose first job in the industry was as a seasonal bus conductor in Paisley, Scotland – has nearly 40 years’ experience of regulated and deregulated markets in the bus and coach sector.

After completing a degree at the University of Glasgow in 1974, he spent two years as a graduate trainee with the National Bus Company based in Darlington. He then held various management roles in Newcastle, Whitley Bay and Wakefield before being appointed Area Manager Derbyshire with Trent Motor Traction in 1980. He then held senior management positions with Red Bus, North Devon; United Transport Buses; and South Yorkshire Transport.

Robert Montgomery is a former Managing Director of Dublin Bus and ex- Director (Scotland) with First Group plc. He has also worked as a freelance consultant on behalf of the World Bank and been a non-executive Director of GM Buses (South) Limited. He has been Stagecoach UK Bus Service Performance Director since 2002.

Les Warneford is an Exeter University graduate. During his career, he has been a bus conductor, driver, clerk, traffic officer, traffic superintendent, and operations director in Bradford, Leicester, Grimsby and Staffordshire.