IONITY – the pan-European car company joint venture – has announced that Tritium will be their technology partner for the construction of 100 high-power charging (HPC) sites across Europe. 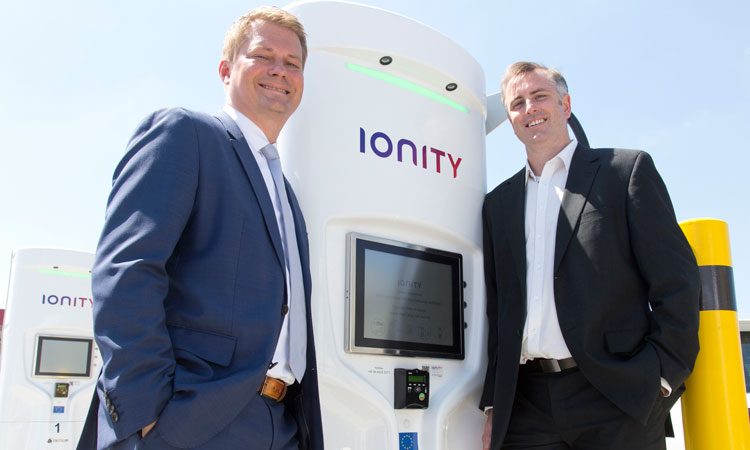 The dedicated electric vehicle (EV) charging stations will be positioned across Germany, France, UK, Norway and Sweden and will include an average of six user units, each capable of delivering 350kW of power for fast charging of modern EVs. Each site will be equipped with the Combined Charging System (CCS) used by a wide range of vehicle manufactures, to facilitate IONITY’s ambition to ensure that different brands can use the charging network.

Commenting on why they selected Tritium as their technology supplier, Michael Hajesch, IONITY CEO, said: “We chose to partner with Tritium because they have a world-leading technology and have shown they can develop and deliver their products quickly”.

Electric vehicles and the digital revolution: an evolving legal landscape…

The deal follows closely on the heels of the installation of two new sites in Germany – at Tank and Rast rest stops at Brohltal East and Brohltal West. As the first sites to go live for IONITY in Europe, these two sites each have six high-power user units and form part of a planned rollout of around 400 EV charging sites across Europe. This will ensure that EV owners will always have access to a high-power charging station within 120km.

“We already have a leading position in the European fast-charging market and could see that demand was really taking off, which is one of the reasons we recently opened our new sales, testing and assembly facility in Amsterdam,” said David Finn, CEO and Founder at Tritium.

“This deal with IONITY shows just how fast the transition to EVs is happening.”

Each of the Tritium high-power chargers on the IONITY sites will deliver up to 350kW, which can add 150km of driving range to an EV in just five minutes. They include Tritium’s unique and innovative liquid-cooled technology and the complete charging infrastructure is extremely compact, typically up to 50-75 per cent smaller than other systems on the market.