Video surveillance system on Barcelona’s metro set for an upgrade

New technology is being installed in 149 trains of Barcelona’s metro fleet, increasing the level of safety as well as the communication across the network… 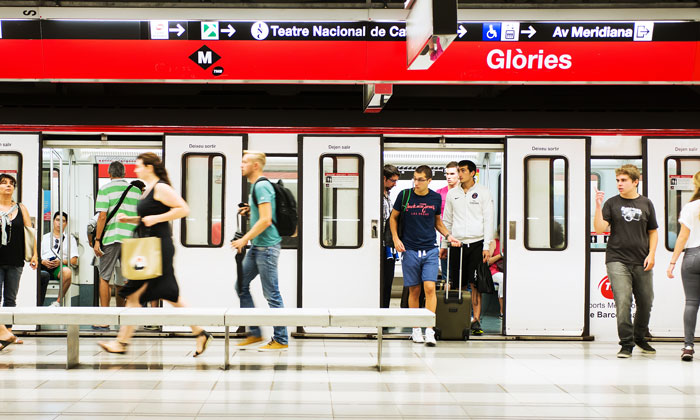 Barcelona Metropolitan Transport (TMB) has announced the renewal of the on-board video-surveillance system on Barcelona’s metro trains, which will use technology from GMV.

These trains will run on lines L1 – L5 and L11 of Barcelona Metro.

The core of the system is GMV-designed digital recording equipment which can capture images in full HD resolution, with the capacity of replay and simultaneous exporting. The recorder guarantees ONVIF compatibility, enabling recording searches, parametrised deletion, exporting, protection and automatic management of obsolete recordings, in a standardised way.

Each metro train will also carry two recorders on-board, working in redundant mode: providing a high-availability recording system. Each train will be fitted with an on-board ring-redundancy multiservice Ethernet.

The network will have two communication nodes in redundant architecture, concentrating the on-board information from other systems too. Through a wireless link this will then be passed on to TMB’s operations centres.

The train-to-ground link will use Wi-Fi and 4G/LTE technology, choosing the most appropriate channel at each moment to suit the train’s location. Real-time video broadcasting to ground is also an included function, so videos from all trains along the line can be viewed from any of TMB’s control centres.

An on-board display terminal will be present in both driver cabs for real-time supervision of any of the unit’s passenger zones; increasing the level of safety.

For a while, the new system will run alongside the existing video-surveillance systems to guarantee a seamless transition.