The West Midlands region is soon to receive the transport app Whim, the first location outside of Finland to be able to operate the service that integrates planning, payments, reservations and subscriptions in one app… 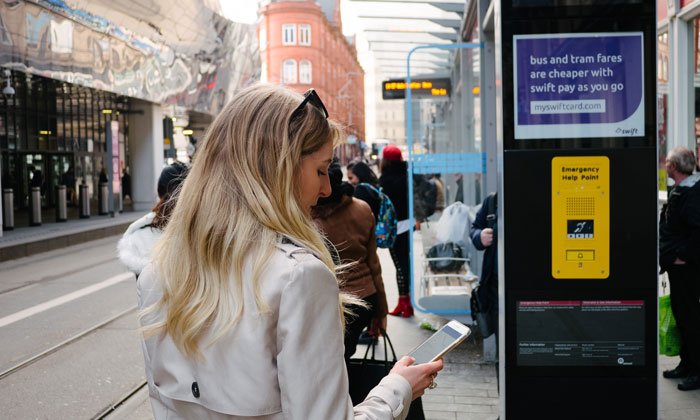 MaaS Global’s Whim will be launched across Birmingham, West Midlands in April 2018, revolutionising the way people use public transport in the region.

Backed by organisations including Transport for West Midlands (TfWM), Mayor Andy Street and the West Midlands Combined Authority (WMCA), the Whim app, in conjunction with the Swift travel card, will deliver smarter transport solutions that enable customers to enjoy seamless travel options for less than the average monthly cost of running a car. The app integrates journey planning, reservations, payments and subscriptions.

In Helsinki, Whim has 20,000 registered users. It is currently looking for its first 500 West Midlands users to take part in the launch ahead of its mass roll out in summer 2018.

Commuters using Whim will be able to access buses, trams, taxis and hire cars, either as part of a monthly fee or on pay-as-you-go. An all-inclusive monthly contract ranges from £99 – £349. They will also have full access to the new 5,000-strong fleet of bike-share cycles that have been announced for the Midlands.

Whim Founder, Sampo Hietenan, said: “We want to challenge the way people start to think about their journeys and let them see that vehicle ownership doesn’t have to be the only way forward. Whim offers a smart alternative for smart people.

“On average, cars are parked up unused for about 80 per cent of the time – but we still have to pay for them, sometimes in conjunction with other transport options too,” continued Hietenan. “Owning a car is actually a burden for many people but there’s been no realistic alternative until now.”

Whim aims to expand to Greater Amsterdam in the Netherlands, the Antwerp region in Belgium as well as Singapore by the end of 2018. Negotiations are ongoing in Austria, Canada and several other markets.

“Whim will also reward people for greener, healthier options such as walking more and having car-free days. When we launched in Helsinki, we found that people were ready for this kind of service, there is a clear demand,” concluded Hietenan. “We’re confident the West Midlands is a great place for us to launch Whim for the first time outside Finland. We’ve been very positively received and it’s been very clear from the start that the area is dynamic and open to partnership working and innovation.”

Revolutionising the passenger experience with demand responsive services by Moovit

Pandemic proves no hurdle for Moscow taxi and car-sharing subsidies