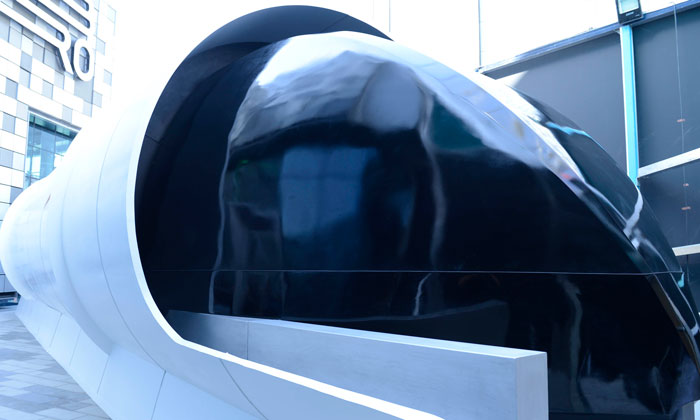 HE Mattar Al Tayer, Director-General and Chairman of the Board of Executive Directors of the Roads and Transport Authority (RTA), has announced that the initial design of the hyperloop will be exhibited for the first time, in collaboration with Virgin Hyperloop One.

“The launch of these initiatives is in implementation to transform Dubai into the smartest city in the world. It is also part of RTA’s efforts to provide autonomous transport, which requires carrying out technological tests under Dubai’s climatic conditions,” said HE Mattar Al Tayer. “It reflects RTA’s strategy to transform 25 per cent of journeys in Dubai into driverless transport by 2030. The strategy is focused on integrating public transit with people’s happiness through the provision of smooth, express and innovative mobility means.

“The hyperloop is part of RTA’s initiatives for Dubai Future Accelerators. RTA and Virgin Hyperloop One Company have made considerable progress in the technical, engineering and economic feasibility study of the project. The hyperloop boasts deluxe interiors, cutting-edge broadcasting and a display of information and entertainment materials as well as leather seats. The system is designed to assist the levitation of the capsule slightly off the track within the tube and move it at speeds up to 1200km/h. Accordingly, the hyperloop can travel between Dubai and Abu Dhabi in 12 minutes and lift about 10,000 passengers per hour in both directions. 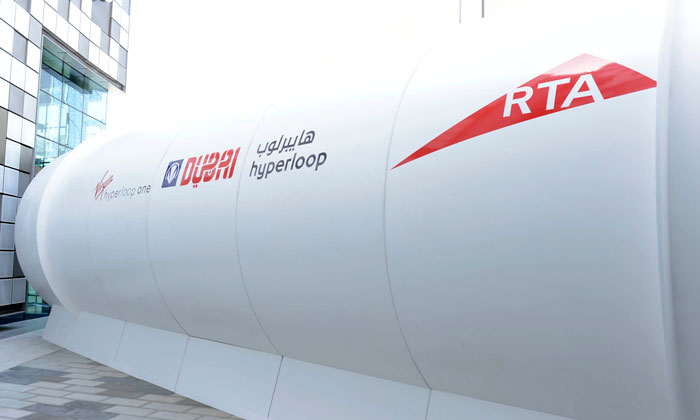 “When introduced in the future, the hyperloop technology will impact the town planning and the availability of parking spaces,” continued Al Tayer. “It will revolutionise mobility between various destinations in the city, logistical hubs like airports and ports and shipping patterns.”

Alongside the mobility pods, the RTA will also exhibit the UMii, with the aim of maximising potential benefits, enhancing collaboration with cities, benchmarking mobility innovation and providing a database of cities with advanced innovative mobility.These innovations are aimed at achieving self-improvement through sharing expertise and using joint indicators towards implementing RTA’s Self-Driving Transport Strategy.

“The UAE and RTA were early supporters of our hyperloop technology, so it is particularly exciting to be unveiling the Dubai Hyperloop pod with the RTA here today. Our focus in 2018 would be continuing the progress to the next phase of the project. Our aim would be to explore the viability of a wider UAE Hyperloop network,” Rob Lloyd, CEO of Virgin Hyperloop One added.

The Roads and Transport Authority (RTA), Virgin Hyperloop One