The Ministry of Environment has said the no-driving day is undergoing consideration for both public and private sectors, to mitigate fine dust that swarms South Korea… 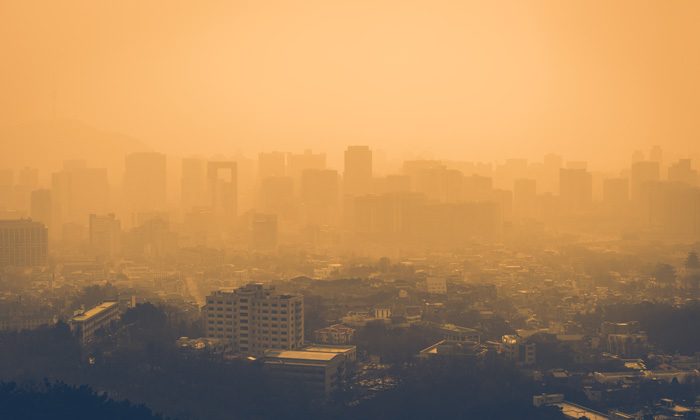 South Korean government officials are considering the implementation of a ‘no-driving’ day across the country’s major cities to tackle extreme air pollution.

‘Alternate no-driving day’ is a possible solution to tackling the extreme air pollution that is present in South Korea. Under the scheme half of all affected vehicles would be banned from roads, dependent on the last digit of the license plate.

Currently, the no-driving program would apply to public servants and employees of state-run organisations only, however a bill is pending to extend this. Fines of up to 100,000 won ($93) will be enforced onto anyone who drives on designated off days.

Other initiatives have previously been implemented in attempts to reduce the air pollution in the country.

“Last year, Seoul introduced some extensive emergency measures to mitigate air pollution, including running a free transportation program and shutting down government building parking lots to reduce car use,” said a government official, as reported by The Korea Herald.

Seoul has previously removed all public transport fees during peak commuting hours on days when the average density of ultrafine dust is expected to worsen. The free public transit program, which started in 2017, relies on the hope that members of the public will use the free transportation instead of their own individual cars; reducing vehicle emissions.

Unfortunately, the project failed to cause a substantial drop in car use or dust density. The users of the subway increased by only 2.1 per cent and traffic analysis showed an estimate of only 1.8 per cent decrease in vehicles on the road.

The government are continuously thinking of new measures that could be installed to reduce the air pollution and the use of vehicles. However, experts say the restriction of traffic volume is just a part of other larger air pollution issues that need to be addressed.

“The real issue is how to stop the dust coming in from China,” said Kim Ki-hyun, Professor at Hanyang University’s Civil and Environmental Engineering Department.