Work continues to keep passengers cool this summer and beyond 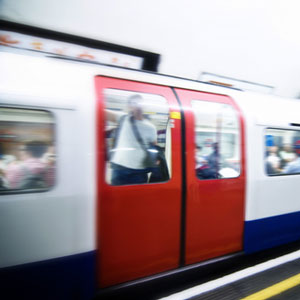 With warm summer weather now hitting the Capital and millions of Tube passengers experiencing hot journeys on the Underground, Transport for London (TfL) has set out the work it continues to carry out to try and cool the Tube network.

With warm summer weather now hitting the Capital and millions of Tube passengers experiencing hot journeys on the Underground, Transport for London (TfL) has set out the work it continues to carry out to try and cool the Tube network.

On the sub-surface lines the roll-out of new air-conditioned S-stock Tube trains continues and this summer Metropolitan line passengers are able to use them on routes into central London for the first time.

By 2016, 40 per cent of the Tube network will use the new air-conditioned trains as, once roll out is complete on the Metropolitan line, they will be introduced on the Circle and Hammersmith & City lines from 2012 and the District line from 2013.

However the challenge of cooling the deep-level Tube lines is one that TfL continues to work on.

The Tube is the oldest metro system in the world and its basic tunnel infrastructure has changed little since it was constructed more than 145 years ago.

On the deep-level lines, which are unique to London, the heat generated by trains has been passing into the tunnels and the clay surrounding them for many years, meaning the tunnels retain heat.

They were also built with only enough room for trains and with very little space for air-conditioning on the trains, inside or outside.

TfL’s acquisition of Tube Lines has created the opportunity for a joint approach to upgrades of the Piccadilly and Bakerloo lines including a common design for trains.

London Underground, working with the train industry, is looking to develop a train that would be lighter and more energy efficient, which would mean the possibility of it being able to carry air conditioning equipment.

Using regenerative braking, which returns power back to the rails, could in turn power the air conditioning while not adding to the heat that would be generated powering it.

The current plan is that a prototype will be delivered to London Underground by 2015.

Work to double the capacity of the fans at all the main ventilations shafts serving the Victoria line is also due to be completed later this year.

A total of nine fans have already been completed and the work on the final four is currently underway.

Later this week the entire Victoria line train fleet will have been replaced and this will enable LU to operate the environmentally friendly regenerative braking system, which returns power to the rails while the train is braking.

That will reduce the amount of heat that is generated and should therefore reduce the temperature in the tunnel.

Coupled with the new trains ventilation system, which will circulate cool air from ground level in the tunnel and distribute it into the carriage at head height, this will mean more comfortable journeys for passengers during the hot summer months.

Peter Hendy, London’s Transport Commissioner, said: ‘With the hot weather we’ve seen this week we know that it can get uncomfortable on the network, and I want to reassure our passengers that we are working hard to overcome the unique and considerable engineering challenge of cooling the Tube.

‘We’ve made progress – air-conditioned Tube trains are now operating in central London, the entire London Overground network is served by a fleet of 57 air-conditioned trains.

‘Last summer saw the introduction of the first ever air-conditioned Tube train on the Metropolitan line and they are now running in central London in summer for the first time.

‘By 2016, 191 air-conditioned trains will be operating on the Circle, District, Hammersmith & City and Metropolitan lines.

‘On the Victoria line, significant work has been done to improve ventilation and make journeys for customers more comfortable.

‘Customers should notice a significant difference when we’re able to use the regenerative braking feature on the new trains which we’ll be able to do once the old trains have been taken out of service.’

Cooling the other deeper lines of the Tube remains a considerable challenge.

The deep-level tube lines are unique to London’s Tube network it is not replicated on any other metro system in the world, where the tunnels only enough room for trains.

This means that on the deep-level Tubes there is very little space for air-conditioning on the trains, inside or outside.

Looking to the future

But TfL is looking to the future and what that holds for the next generation of Tube trains, with the aim of making them lighter, so that that they generate less heat and to create space so that a cooling solution could possibly be implemented.

TfL has also been working with the bus operators and joint funding a scheme to retrofit automatic heating systems on 1,361 of the older double deck buses in the fleet to ensure heating is not left on during the hot summer period.

New buses must have insulated roof and side panels which reflect heat along with tinted side glass.

As with the last four years, industrial-sized blue fans are also being deployed to help cool around 30 stations across the Tube network and TfL will be providing hot weather advice to passengers.

Posters and announcements at stations will provide tips to passengers on how to try and stay cool.

Here are a few tips for keeping comfortable in hot weather: