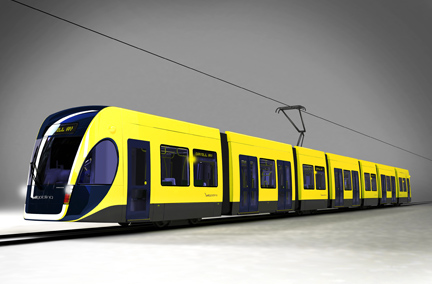 Bombardier Transportation announced today that the GoldLinQ consortium, of which is it a member, has been awarded a contract by the Queensland Government to design, build, finance, operate and maintain the first stage of the Gold Coast Rapid Transit light rail public transportation system in an 18-year Public Private Partnership. The contract is valued at approximately 1 billion AUD (730 million euro, $ 1.1 billion US) in total. Bombardier Transportation’s share of the contract is valued at approximately 248 million AUD (181 million euro, $ 265 million US). 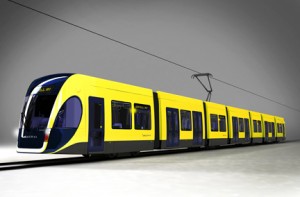 The Gold Coast Rapid Transit system will deliver a world-class public transport service for the city. Patronage numbers are expected to grow to 50,000 per day and GoldLinQ has in-built capacity to cater for up to 75,000 passenger per day. 16 stations are planned for the 13 km light rail corridor which will serve the new Gold Coast University Hospital, Griffith University and the fast growing commercial, retail and recreational centres of Southport, Surfers Paradise and Broadbeach. Passenger services are scheduled to start in 2014, and as this new transit mode is adopted by residents and visitors to the area, GoldLinQ is well placed to meet future demands on the service.

Bombardier’s Chief Country Representative for Australia, Dan Osborne, said that Bombardier Transportation was thrilled to have been selected to supply the turnkey light rail system for the Gold Coast. “The Gold Coast Rapid Transit project is an important milestone in Bombardier’s long-term plan to grow its presence and broaden its local skill base in Australia.” He added: “For the Gold Coast, Bombardier’s latest generation of FLEXITY 2 Light Rail Vehicles will support the lifestyle and mobility needs of the people and communities across the region, providing a safe, accessible, sustainable transport option, and offering the public a real alternative to car travel.”

Eran Gartner, President of Bombardier Transportation’s Systems division said: “The Gold Coast project once again demonstrates the powerful combination of bringing together the full range of railway disciplines under one roof, with this turnkey contract combining Bombardier’s systems integration, vehicle design and assembly, signalling solutions, and life cycle services.” He concluded: “Bombardier and our partners in the GoldLinQ consortium bring many years of expertise in the design, supply, operation, maintenance and financing of transportation systems all over the world. We will deliver to the Gold Coast a first-class light rail system from which a truly integrated and sustainable transport network will flourish and be an integral part of the long term development of the region.”

More than 1,700 FLEXITY trams are already in successful revenue service and overall, Bombardier Transportation has more than 3,500 trams and light rail vehicles operating or on order in cities across Europe, Australia and North America. Following on from the 16 five-module FLEXITY 2 trams ordered by the launch customer in Blackpool, United Kingdom, the Gold Coast Rapid Transit system is Bombardier’s first order for the longer, 7-module FLEXITY 2 tram version. In another first for Bombardier Transportation, the luggage racks for the new trams have been designed to accommodate surf boards to support the Gold Coast’s most popular sport in this city which is known by many as the ultimate surfers’ paradise.