Firetrace International has secured a number of major orders for the protection of bus engine compartments in Poland that have resulted in 1500 of its Firetrace® automatic fire detection and suppression system being supplied. 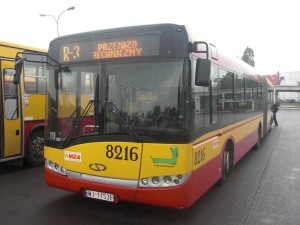 The initial Polish order in 2010 was, at the time, the largest single contract ever won by Firetrace International’s UK-based EMEA operation. It was for 450 Firetrace systems that were installed in buses operated by MZA – Miejskie Zakłady Autobusowe Sp z.o.o – in the capital, Warsaw, plus a further 75 that were destined for buses in the city of Poznan.

The Firetrace systems are being installed by Warsaw-based Auto Consulting, the global dealer for Jełcz buses, into a range of buses manufactured by Jełcz Motors SA, Solaris Bus & Coach SA and MAN. The majority of the systems are being installed in the 12-metre Solaris Urbino 12 and the 18-metre articulated Solaris Urbino 18 buses. The business was won in the face of stiff international competition and, according to Auto Consulting’s Rafał Misztalski, the decision was influenced by the fact that Firetrace is already being used to protect over 10,000 vehicles. Firetrace International was also able to show that there has not been a single reported instance where a properly installed and maintained Firetrace system has either false alarmed or failed to detect and suppress a genuine fire.

Another deciding factor was that Firetrace International’s Firetrace is the only UL Underwriters Laboratories] listed, FM [Factory Mutual] approved and CE [Conformité Européene or European Conformity] marked tube-operated system in the world that is tested as an automatic fire detection and suppression system. The system is also endorsed by the Danish Institute of Fire & Security Technology and the Swedish Fire Protection Association that has confirmed Firetrace’s compliance with the SBF 128 bus fire test.

Firetrace provides reliable, around-the-clock, unsupervised protection that requires neither electricity nor external power and comprises an extinguishing agent cylinder attached to a specially developed leak-resistant polymer tubing. This proprietary Firetrace Detection Tubing is a linear pneumatic heat and flame detector that was specially developed to deliver the desired temperature-sensitive reaction in even the harshest of environments.

Immediately a fire is detected the tubing ruptures, automatically triggering the release of the ABC powder suppression agent, extinguishing the fire precisely where it starts and before it has had time to escalate or spread. This suppressant is effective on every type of fire risk that is likely to be present. In addition to the fuel and the risk of fuel line ruptures, this includes any number of flammable liquids that are present throughout a bus engine compartment. These include hydraulic, brake, automatic transmission and power steering fluids, plus combustible accumulated grease on the engine block, for which frayed or damaged electrical wiring can easily provide the ignition source.

Genuine Firetrace is available only via ISO 9001:2008 certified Firetrace International’s global network of authorised distributors. These professionally-minded trading partners are skilled in hazard analysis, experienced in agent and system selection, and trained in installation and support. They also use only genuine Firetrace components. Further information is available from the Firetrace EMEA head office in the UK on +44 (0) 1293 780390, or from Firetrace International’s global headquarters in Scottsdale, Arizona USA on +1 480 607 1218. The company’s website is at www.firetrace.com.