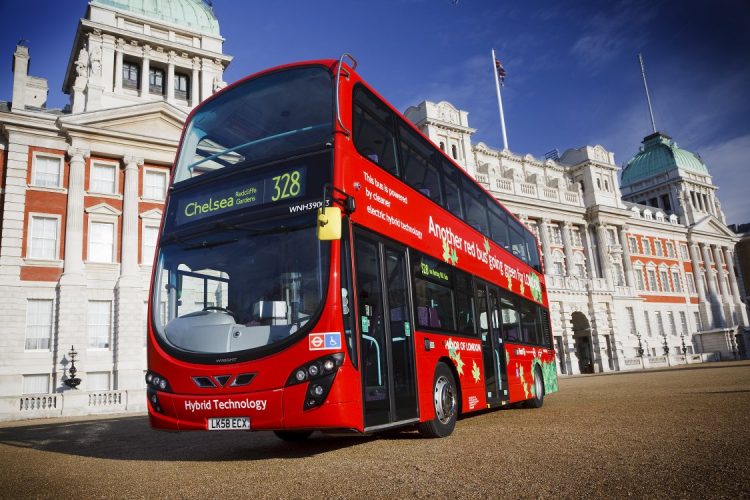 The latest orders for Volvo and Wrightbus announced this week by the UK’s largest bus and rail operator will take the total number of Wrightbus vehicles in FirstGroup livery to 4,000 vehicles

Wrightbus and Volvo Bus are once again set to benefit from substantial orders from FirstGroup plc, as the FTSE 250 listed company has this week announced vehicle investment plans for the next two years for its UK Bus operations. 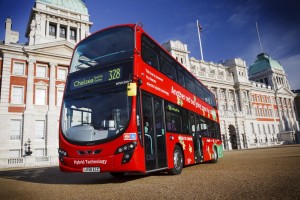 The latest orders for Volvo and Wrightbus announced this week by the UK’s largest bus and rail operator will take the total number of Wrightbus vehicles in FirstGroup livery to 4,000 vehicles

First have today confirmed orders for a total of 955 new buses from UK bus manufacturers over the next two years, with 460 buses due for delivery in 2011/12 and the balance – 495 buses – to be delivered in the Company’s 2012/13 financial year. Wrightbus, in partnership with Volvo, have secured over 60% of the vehicle order in the current year and are working closely with First to jointly secure their share of the equally substantial order in the second year.

Wrightbus and Volvo have a long association with FirstGroup and vehicles delivered in 2011/12 will take the number of Wrightbus-bodied vehicles in service with FirstGroup up to 4,000 as a result of this latest order. Included in the order for the first time are a number of Volvo Hybrid Double Deck buses, following a successful trial in Leeds where significant fuel savings were demonstrated.

The initial vehicle order, worth jointly in excess of £50m to Wrightbus and Volvo and which will be delivered during FirstGroup’s 2011/12 financial year, will see production commencing during the coming months, with deliveries made progressively throughout the second half of 2011 and into the first quarter of 2012.

Following the announcement of FirstGroup’s UK Bus vehicle purchasing intentions for the coming year, Wright Group Managing Director Mark Nodder said, “We are very pleased to again feature so prominently in First’s vehicle investment plans. In conjunction with our strategic partner Volvo Bus, we have continued to work very closely with First to develop a very strong product range and after-sales support service, which is reflected in the share of the business that we have won. It is also more good news for the industry, for our workforce in Ballymena and companies in our supply chain.”

Echoing these sentiments, Steve Dewhurst, Managing Director of Volvo Bus UK and Ireland said, “I am particularly pleased that the Hybrid orders follow on from a successful demonstration in Leeds where the product surpassed expectations on fuel savings. This proves the value of the Volvo Parallel Hybrid system in all types of routes.”

He added, “The Volvo and Wrightbus combination has formed the backbone of FirstGroup’s bus fleet for many years now and we are delighted that this will continue to be the case as the result of this latest and highly significant tranche of business that we have jointly secured”.