A work session between Attiko Metro S.A. / Thessaloniki Metro and the Mayors of Thessaloniki Western Suburbs was held today… 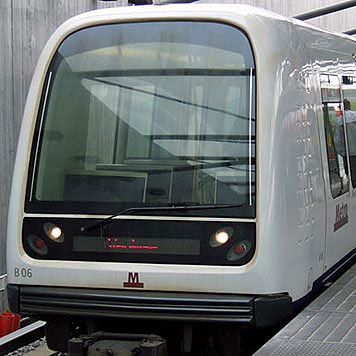 A work session between Attiko Metro S.A. / Thessaloniki Metro and the Mayors of Thessaloniki Western Suburbs was held today; the objective of the subject meeting consisted in the cooperation of the parties involved in order to find those solutions that could serve in the optimal way the needs of the citizens and visitors of both western suburbs and the Thessaloniki metropolitan cluster.

Mr. Tsitouras pointed out that the intention of the Management of Attiko Metro is to ensure the cooperation with the local government authorities, which is a crucial option, particularly at the planning and preliminary design phases of the Metro extensions to the west. The Chairman of the Company assured that Attiko Metro S.A. / Thessaloniki Metro, upon examination of the Municipal Authorities proposals, on the basis of both technocratic and social criteria and utilizing its specialized human resources, shall contribute to their recording and promotion, so that the maturity of the projects may allow their integration into funding schemes.

The Mayors of the Western Suburbs committed themselves that in the next two-month period, they shall elaborate and present their proposals, as regards the extensions currently under design, in order to serve in the best possible way the needs of the residents of their municipalities.