By agreeing partnerships with IVECO and other companies, EasyMile has begun the development of a full-size autonomous bus… 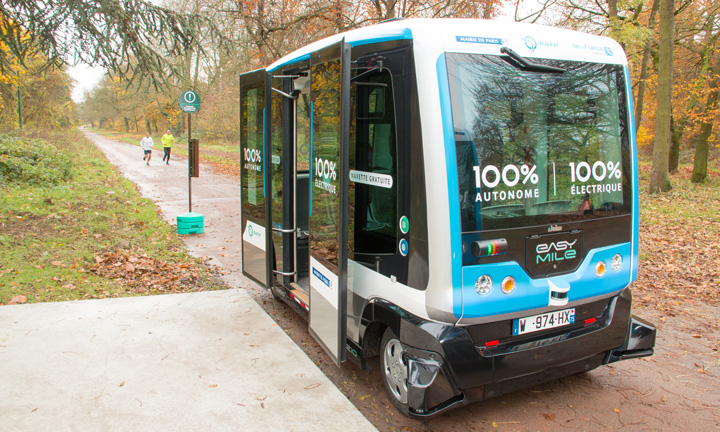 The urban bus, as with many other vehicles, is experiencing a technological revolution with the development of autonomous driving systems and the electrification of powertrains. Consequently, public transportation and the way in which it is operated will soon be revolutionised, making it more cost-effective, more ecological, safer, flexible and more comfortable.

EasyMile developed its first product in 2014: a 12-passenger driverless shuttle bus referred to as the EZ10. The EZ10 is the most deployed driverless shuttle, having already driven more than 120,000km in 20 countries with full Level 4 autonomy. By leveraging their experience with the EZ10, EasyMile has been able to integrate its driverless technology into different vehicle platforms. In October, EasyMile announced a partnership with TLD to develop the first driverless baggage tractors, referred to as the TractEasy. Developing the technology further, EasyMile plans to develop a driverless 12m bus with a capacity of at least 100 passengers, either hybrid or electric powered.

The technologies to be incorporated into the bus include safety controls, navigation software, cyber-security protocols and deployment processes. EasyMile also has one of the most advanced fleet management solutions and one of the first that is fully dedicated to autonomous vehicles.

“EasyMile is at the forefront of driverless technology development and we’re excited to extend the possibilities of its applications. Each customer has specific needs and we are working with different vehicle manufacturers and suppliers to integrate the best technologies, platforms and processes to address different use cases. These synergies will definitely create value for customers” said Gilbert Gagnaire, CEO of EasyMile.

The development of the 12m driverless bus technology will be subsidised by the French government through an FUI program (Fonds unique interministériel).