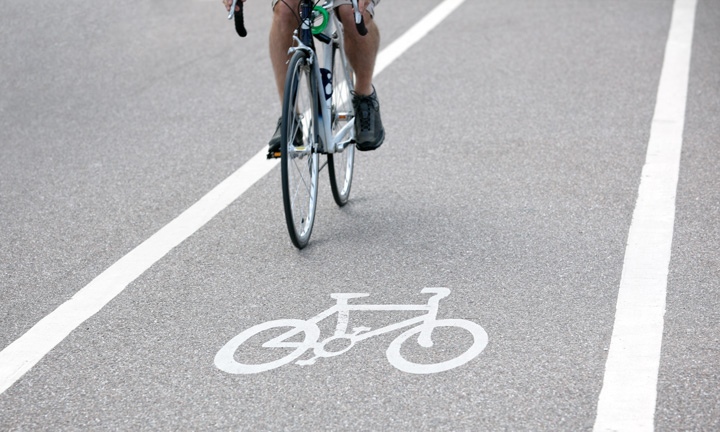 The Mayor of London and Transport for London announced the first round of winners of a new multi-million pound funding programme; ‘Liveable Neighbourhoods’. Ealing, Greenwich, Hackney, Haringey, Havering, Lewisham and Waltham Forest will undergo transformations into greener, more attractive public spaces where sustainable modes of transport can thrive. Walking, cycling and the use of public transport is expected to increase throughout the communities.

The seven boroughs will now develop their proposals further to secure a share of the £114 million in funding for their schemes. They will involve changes to town centres and their surrounding residential areas to directly improve conditions for walking and cycling, whilst reducing traffic dominance and pollution.

As outlined in his draft, Transport Strategy, the Mayor wants to increase the proportion of trips in London made on foot, by cycle or using public transport to 80 per cent by 2041, compared to 64 per cent now; this would represent an average of 3 million fewer car journeys in London each day. It also incorporates the 20 minutes of active travel Londoners are recommended to do at least once a day to stay healthy.

The Mayor of London, Sadiq Khan, said: “As London’s population grows, I’ve outlined my ambition to increase walking and cycling, and improve public spaces across London. Our new ‘Liveable Neighbourhood’ scheme will see millions of pounds invested in schemes that will directly make walking and cycling a safe, enjoyable and convenient option for many more Londoners – supporting small businesses by making our high streets cleaner, safer and more enjoyable places to spend time.

“We will continue to work closely with boroughs as they develop their plans to improve the environment and transform the quality of life of Londoners.”

Proposals include comprehensive improvements along the Broadway and to parallel quieter routes. Rat-running in adjoining residential areas will be reduced, parking controls will be further enforced and new walking and cycling routes, including links to the new Elizabeth line station, will be implemented into the district.

Greenwich Town Centre aims to use the scheme by firstly removing the dangerous and intimidating gyratory and providing a much more generous pedestrian environment, in particular on the approach to the World Heritage Site. It will also provide a safe cycling route through the town centre.

Key routes in the town centre will be transformed by a reduction in traffic, the introduction of two-way protected cycle lanes on Mare Street and a ban on general traffic at the south end of Amhurst Road. Three dangerous junctions will also be made safer, including Pembury Circus.

Under the proposals, pedestrian and cycling conditions in Crouch End town centre will be improved to help encourage more active travel in the area, tackling congestion and improving air quality and residents’ well-being. The proposals, which residents will be consulted on, look to create a new square incorporating the clock tower, currently surrounded by traffic on all sides. Segregated cycle routes will feed the town centre, pedestrian crossings will be improved and traffic will be reduced on residential streets with new modal filters.

In Romford town centre the project will enable more walking and cycling by making the busy Ring Road easier to cross, on foot and by bike. Existing subways will be replaced by pedestrian and cycle crossings at street level along with new bus lanes and public spaces.

The funding will support the regeneration of St James Street and Blackhorse Road in Coppermill Village and will create access routes to the newly opened Walthamstow Wetlands. Coppermill Lane will be turned into a ‘cycle street’, safer junctions and crossings will be added and the area will be improved with new wayfinding and planting.

At this stage £1.25 million is being given to the boroughs to help develop their proposals further.

London’s Transport Commissioner, Mike Brown MVO, said: “Local communities are at the centre of our plans to transform access to walking, cycling and public transport, and our Liveable Neighbourhoods programme will help ensure this happens. Many of London’s streets were designed to give cars priority but, by working with London’s boroughs, we can help redesign them to put people first – making them better, safer, cleaner places.”

Fran Graham, Campaigns Coordinator at London Cycling Campaign, said: “We are delighted to see Liveable Neighbourhood funding awarded to seven boroughs this year to create areas that put walking and cycling first. This programme – the evolution of the Mini-Holland schemes – is the first step to delivering the promise the Mayor made to our Sign for Cycling campaign, to enable every London borough to have the chance of such a scheme. And we are pleased to see how many boroughs want to prioritise walking and cycling over motor traffic; reducing congestion and air pollution.”

There will be another round of funding next year, where other boroughs will be able to come forward with proposals for further ‘Liveable Neighbourhoods’ funding.