4G mobile coverage on Tube on track to begin from 2019

A 4G mobile network on the Tube is getting closer after TfL carried out a successful trial on the Waterloo & City Line. 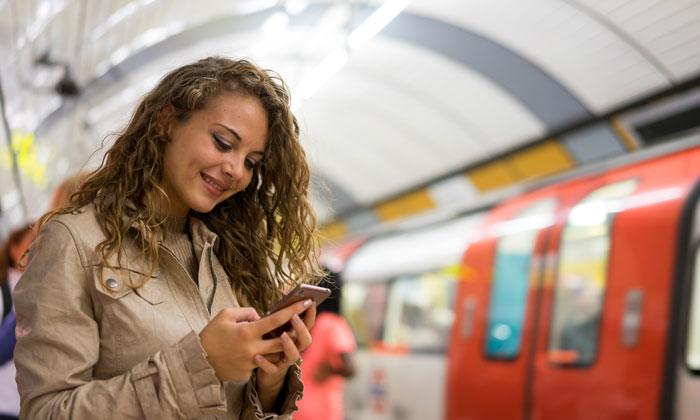 The technology trial, which took place during the summer, saw 4G cellular technology tested in tunnels and stations on the Waterloo & City line. Once live, the increased connectivity will, for the first time, allow customers to check their emails, read the latest news and social media updates as well as check for live travel information while underground on the Tube.

All four major mobile network operators (Vodafone, O2, Three and EE) participated in the design of the trial, with Vodafone and O2 carrying out testing within the tunnels, which took place outside customer hours.

As well as providing valuable insight into how this technology could be introduced more widely onto the Tube, the trial also tested making data calls from one station to another without dropping mobile reception. The trial also allowed TfL to practice laying new fibre cables within stations and tunnels, which will be crucial for other elements of TfL’s wider digital connectivity strategy. Following the trial, all active test equipment was removed from the stations and tunnels.

Graeme Craig, Director of Commercial Development at TfL, said: “The success of this trial shows that we are on track to unlock one of the UK’s most high profile not-spots and deliver 4G mobile coverage throughout our tunnels and Tube stations. This is great news for our customers and will also help us generate vital commercial income to reinvest in modernising and improving transport in London.”

To better understand how a 4G mobile network could be introduced on the Tube, TfL began early market engagement with suitable service providers in September this year.

TfL received 22 responses as part of the engagement, which is now being used to develop the business case for TfL’s telecoms commercialisation strategy. A Standard Selection Questionnaire will be issued early next year, allowing for a service partner to be brought on-board by summer 2018 and the first stations to be connected from 2019.