Waymo goes fully driverless in Arizona – but is it safe? 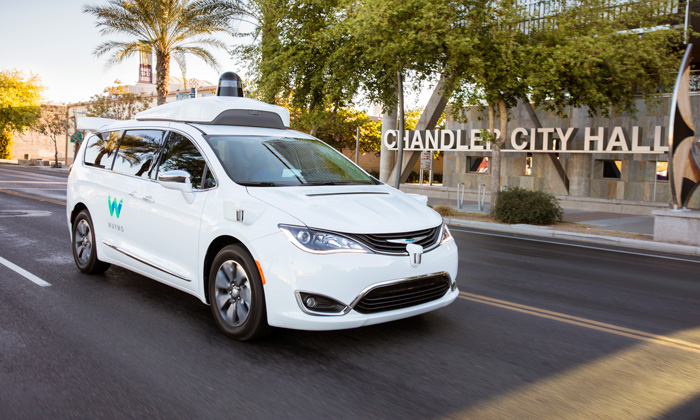 Waymo, the autonomous vehicle company of Google’s parent, Alphabet, has announced that its robot cars have been operating without safety drivers in Arizona since mid-October.

The announcement, made by CEO John Krafcik, has been met with a predictable mixture of excitement and caution.

Currently, the cars are ‘geofenced’ within a 100-mile radius (the town of Chandler, a suburb of Phoenix), meaning they aren’t yet free to roam all roads. The cars are still required to have a Waymo employee inside in case of emergencies, but they will no longer sit in the driver’s seat.

The company is planning to allow members of its Early Rider programme to be the first to experience its Level 4 autonomous vehicle service, with an app allowing members of the programme to hail rides on demand, initially for free. The announcement is a clear indicator of Waymo’s growth since becoming independent of Google, but there are some who are wary of the new development.

Consumer Watchdog, the non-profit public interest group, has told Waymo it must publicly release key information about its robot cars’ driving records in Arizona before it turns the vehicles loose on Phoenix streets.

The public interest group added that the most recent information required to be filed with the California Department of Motor Vehicles shows Waymo’s cars aren’t yet ready to be deployed without drivers.

“The most recent required public ‘disengagement reports’ in California show Waymo’s robot cars aren’t ready to roam the roads without a human driver monitoring them,” said John M. Simpson, Consumer Watchdog’s Privacy Project Director. “There is no such public information in Arizona. CEO John Krafcik is simply asking us to trust him as he uses public roads as a private laboratory. That’s simply not good enough.”

Waymo’s most recent California disengagement reports released earlier this year show that its technology failed 124 times in 635,868 miles. Waymo said disengagements declined from 341 in 2015 to 124 in 2016, or 0.8 per 1,000 miles compared to 0.2 per 1,000 miles. While there has been an improvement, the reports show the robots simply aren’t ready to be released to roam our roads without human drivers, Consumer Watchdog said.

Waymo’s advances in autonomous technology do bring us a step closer to fully autonomous transport, but it must be transparent on safety in order to prove that its passengers come first.