Alstom has been awarded a contract by Chengdu Metro Corp. Ltd. to supply the traction systems for 496 metro cars to circulate on Line 5, the city’s new metro line. 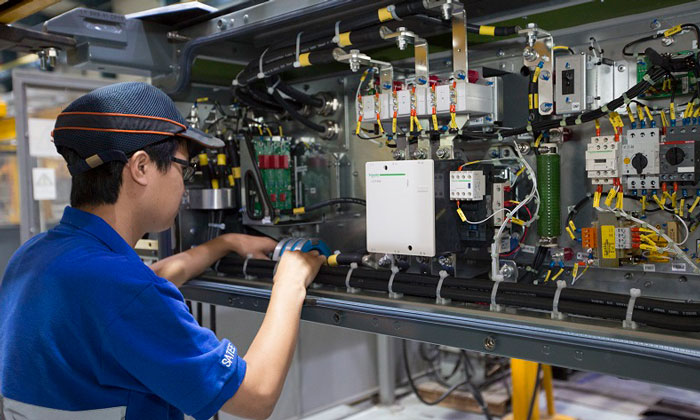 The contract is worth approximately €57 million and the line is expected to start revenue service by the end of 2019.

When it opens, Chengdu Line 5 will be 49km long and have 41 stations. It will connect the city’s six districts from the North to the South, and will be a high capacity line, with an eight-car type A configuration, for the first time in Chengdu.

As part of the contract, Alstom will be supplying its OptONIX metro traction system, specifically designed and developed for the Chinese market. This includes traction inverters, motors and auxiliary converters. It is designed to improve operational performance and reduce life cycle costs by using regenerative electrical braking.

Alstom has supplied traction systems for 750 metro cars of Chengdu metro line 3 and 4 via its JV SATEE. By winning this contract, SATEE reaches orders for manufacturing traction systems for over 1,000 metro trainsets for 28 lines in China and abroad. Building on this milestone, at the beginning of 2017 SATEE signed a cooperation agreement with Xinjin County People’s Government, and opened a subsidiary in Chengdu, CATEE, to manufacture traction systems for urban transport solutions.

Besides, its first JV in China, CASCO, has supplied signalling system for Chengdu Line 4 and Line 7. At the end of 2015, Alstom brought its Citadis tramway technology to Chengdu and is building the Rong L2 tramway line in partnership with CRC and a local company.