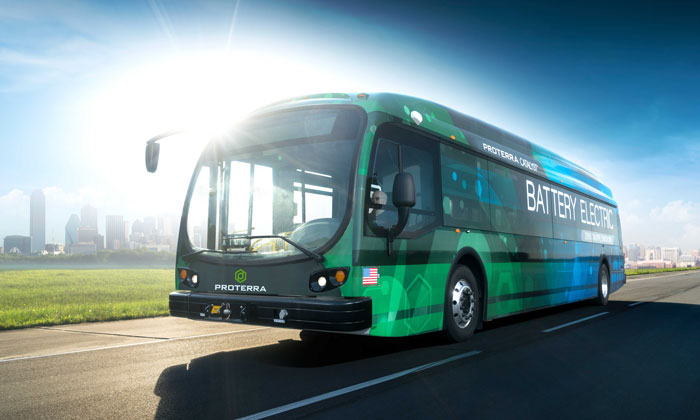 As part of MTA’s fleet, Proterra’s Catalyst E2 buses will go into service this December and initially serve routes B39 and B32 in Brooklyn, Queens, and Manhattan.

The lease program aims to evaluate the combined economic, environmental and performance benefits of deploying an all-electric bus fleet. Over the three-year lease, Proterra expects MTA to reduce 2,000 metric tons of greenhouse gas emissions and save approximately $560,0001 on maintenance and operating costs.

The lease program will provide the MTA with actionable data on what works best in New York’s metropolitan environment, and will help inform future electric bus procurements. Having endured in extreme weather conditions across the U.S., including the 2014 polar vortex, the Proterra Catalyst E2 buses are well equipped for the seasonal wear and tear in New York.

“New York MTA is beacon for modern public transit in the United States, and it is our honor to serve the thousands of Brooklyn passengers that rely on this accessible and affordable service day in and day out,” said Proterra CEO Ryan Popple.

1Based on Proterra’s Total Cost of Ownership calculations, individual maintenance and operations savings per vehicle is $448K v diesel over a 12-year life of a bus. The MTA lease is for 3 years for 5 buses. Thus;