Ballard Power Systems has accepted a Letter of Intent to provide FCveloCity®-HD 100KW fuel cell engines to power eight ExquiCity tram-buses being built by Van Hool NV, for delivery in Pau, France to the SMTU-PPP and the STAP during the second half of 2019. 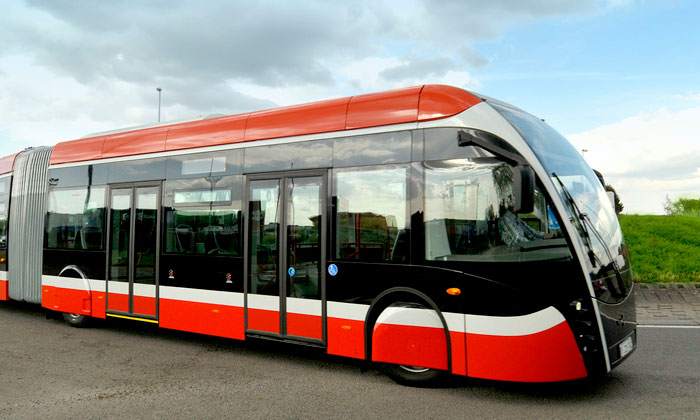 These will be the first hydrogen bus routes in France and the world’s first hydrogen tram-buses for a full BRT (Bus Rapid Transit) system. These clean energy hybrid tram-buses will use fuel cells for primary power and lithium batteries for additional power when needed, with the only emission being water vapour. Each tram-bus is over 18m long (over 60 feet), has capacity for 125 passengers and can operate more than 300km (185 miles) between hydrogen refuelling, which take just 10 minutes to complete.

In addition to its environmental benefits, hybrid fuel cell tram-buses offer a number of important advantages, including: the highest level of operational flexibility and productivity; high levels of passenger comfort and safety; lower cost than a traditional tram.

“We are excited to see continued market expansion of fuel cell-powered mass transit vehicles in Europe, as typified by this tram-bus project. This is a further sign of the growing importance of zero-emission fuel cell solutions globally,” commented Rob Campbell, Ballard Chief Commercial Officer.

The tram-bus deployment in Pau is funded by Europe’s FCH JU programs. ENGIE’s subsidiary GNVERT will construct and operate the hydrogen refueling stations for the buses. The eight ExquiCity tram-buses are scheduled to be delivered to the project in the second half of 2019. Ballard expects to firm up contract and delivery details prior to the end of 2017.

Van Hool is an independent Belgian bus, coach and industrial vehicle manufacturer. Founded in 1947 and based in Koningshooikt, the company has approximately 4,000 employees, with the majority of its production destined for European and American markets.