The Canadian province of Alberta has announced plans for major transit projects in three of its communities. 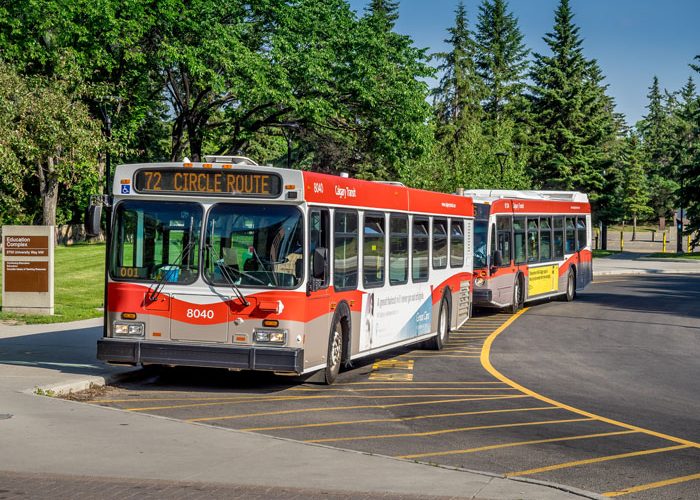 The Canadian province of Alberta has announced funding for major transit projects in three of its communities. 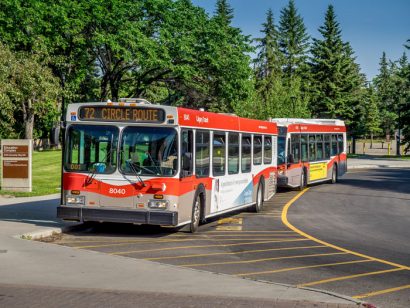 The governments of Canada and Alberta recognise that investing in public transit infrastructure is crucial to achieving economic growth, reducing air pollution and creating inclusive communities where everyone has access to public services and job opportunities.

Brian Malkinson, MLA for Calgary-Currie, on behalf of the Honourable Brian Mason, Minister of Infrastructure and Minister of Transportation; and His Worship Glen Fagan, Mayor of the Town of Black Diamond, announced the approval of more than $1.3 million for new transit projects in three Alberta communities. The federal government is providing $138,000 for these projects through the Public Transit Infrastructure Fund (PTIF) and the province is investing more than $903,000. The municipalities will be responsible for the remaining costs.

The projects consist of obtaining a fully accessible compressed natural gas bus, as well as five bus shelters in the town of Pincher Creek – to improve user safety and comfort – and implementing a Park & Ride facility with washrooms in Turner Valley. Additionally, the town of Black Diamond will purchase three new vehicles adapted to accommodate wheelchair use, to improve its inter-municipal transit system.

These projects follow 107 others that have been approved for funding since Canada and Alberta signed the Canada-Alberta PTIF and Clean Water and Wastewater Fund Bilateral Agreement in September 2016. The Government of Alberta has also announced support for another 34 projects that are receiving GreenTRIP only funding.

Commenting on the driving force behind these projects, The Honourable Amarjeet Sohi, Minister of Infrastructure and Communities said, “The Government of Canada is working closely with the Government of Alberta to make strategic infrastructure investments that support middle-class job creation and economic growth.

Helping Canadians get to and from their daily activities quickly and easily is essential to creating strong communities and fostering long-term prosperity. These three projects will not only meet the current needs of residents but lay the foundation for future community development.”

The importance of enabling residents of small communities to have easy access to transport is not lost on the Canadian Government; The Honourable Brian Mason, Alberta Minister of Infrastructure and Minister of Transportation commented, “This funding demonstrates our government’s commitment to make life better for Albertans by providing smaller communities with safe, affordable and environmentally sustainable public transportation options. Regional public transit is critical for residents in smaller cities and towns, giving residents better access to jobs, healthcare, education, recreation and shopping in larger centres, while supporting local growth.”

The importance of co-operation and development partnerships is vital to drive growth in urban transport systems. His Worship Glen Fagan, Mayor of the Town of Black Diamond, noted, “As the town continues to thrive and grow, more people will be able to take advantage of the benefits offered by public transit, particularly the On-It regional transit pilot project.”