In partnership with TriMet, C-TRAN and Portland Streetcar, INIT has delivered the final element of the Hop Fastpass™ e-fare ticketing system. 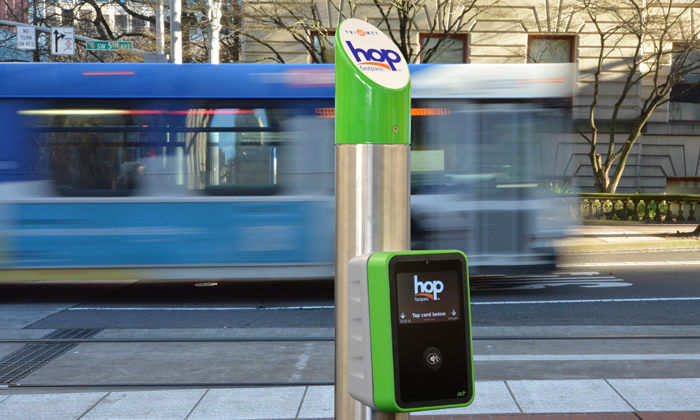 In partnership with TriMet, C-TRAN and Portland Streetcar, INIT has delivered the final element of the newly launched Hop Fastpass™ e-fare ticketing system. 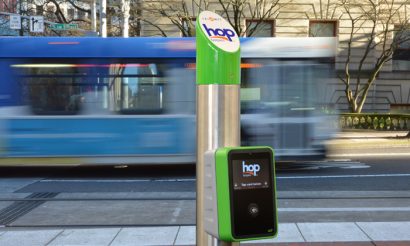 The ticketing system has been in operation since August, but riders can now pay for fares using a mobile wallet such as Android Pay, Apple Pay or Samsung Pay, as well as contactless bank cards. They just tap their phone or card or any of the 1,200 INIT validators and hop on board the Portland Streetcar, C-TRAN buses including The Vine, TriMet’s buses, MAX light rail and WES Commuter Rail.

As well as the added security and ease of payment afforded with contactless payment, a further advantage of the system is the daily fare capping. This means that riders never have to worry about spending more than necessary while using public transport.

INIT’s back-end processing software, MOBILEvario, serves as the core intelligence for the account-based and open payment fare ticketing system. It manages and processes fares in real time, recognises and processes revenue sharing, as well as manages accounts and automates reconciliations for all three agencies.

Offline processing is another added benefit of the system as in the event of a network outage, fare payments can still be processed, meaning revenues are not lost.

The system was developed using open architecture APIs so that other partners can be easily incorporated.