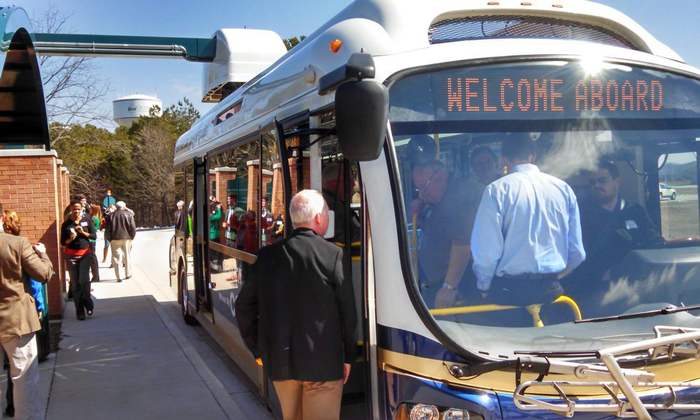 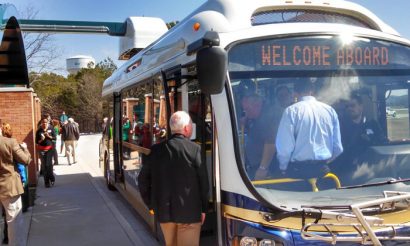 The fare-free CATbus system will have the largest zero-emission fleet in the Carolinas and will serve 1.9 million riders annually in three Upstate South Carolina counties (including the cities of Clemson and Seneca and the towns of Central and Pendleton as well as four universities).

The new buses will complement the six Proterra buses already in service in City of Seneca, S.C. with CATbus.

“As part of our vision at CATbus, we are committed over the next eight years to expand upon projects that reduce energy consumption and increase access to clean, efficient mass transit,” said Keith Moody, interim general manager of CATbus. “The integration of these ten Proterra electric buses into our fleet is a big step in making this happen.

“With 50% of our fleet soon to be serviced by zero-emission, battery-electric buses, today marks an important milestone, and we’re pleased to further our partnership with Proterra, as the company helps CATbus achieve our transit goals towards a 100% electric fleet.”

CATbus purchased the new fleet in part with with $3.9 million from the Federal Highway and Transit Administration’s (FTA) Low or No-Emissions Program, which has provided $55 million in bus-buying grants to municipalities in 2016, of which Clemson’s grant was among the largest.

In 2015, Seneca became the first city in the U.S. to operate an all-electric bus fleet and now serves as a model for other municipalities considering all-electric bus transit – over the past three years, CATbus has played host to transit leadership representing cities throughout North America and Europe who are looking to replicate the Seneca success in their cities.

“The FTA likes to see projects that are successful, and with the Seneca project, it’s been a total success,” Moody continued. “We are building success onto success.”

Since the fleet debuted, the Seneca Proterra buses have received 27,950 charges, travelled more than 520,000 and eliminated over 2,848,600lb of greenhouse gases, which is the equivalent to planting 59,348 trees.