Krakow is paving the way for electric buses 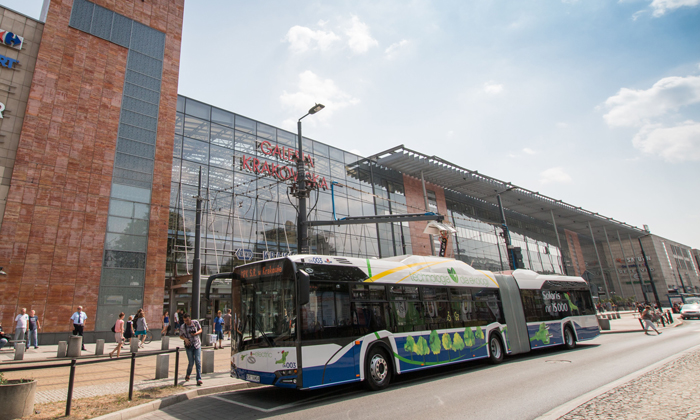 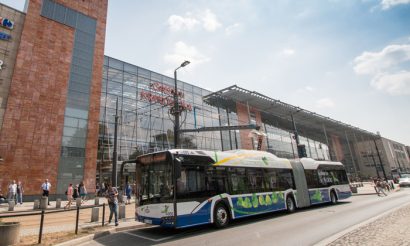 17 of the emission-free vehicles are Urbino in the 12-meter edition and the remaining three are the new edition articulated buses.

“The today’s delivery of the 20 low floor electric buses closes the first phase of the agreement signed in April 2016 within the ‘Integrated Territorial Investments’ project for a delivery of 107 modern and environmentally friendly city buses,” said Rafał Świerszyński, CEO of MPK Krakow. “Since June 2016, nearly 200 new buses have arrived on the streets of Krakow, including electric and hybrid buses. At present, Kracow has the largest in Poland, and fifth in Europe, electric buses fleet.

“However, this is not the end of the purchases for the next years. In June this year, we signed an arrangement with the National Center for Research and Development on the implementation of the emission-free transport program. This arrangement gives us a possibility of purchasing 11 buses in the first stage of the project and later, after the positive tests results, the option to purchase up to 150 additional vehicles. The delivery of the buses within this program will take place between 2019-2021.”

All of the electric, low floor Solaris buses ordered by the Krakow’s MPK S.A. are equipped with air-conditioning, ticket machine (with a possibility to pay by both coins and debit cards), monitoring and a modern, dynamic passenger information system. The batteries of the buses can be recharged by the roof-mounted pantograph or via plug in at the depot.

Kracow was the first Polish city that started a public transport line operated by electric buses only. In 2014 passengers could take their first ride on a battery bus on line 154 from the Main Railway Station to Prądnik Biały.

Apart from the purchase of the electric bus fleet, Krakow’s MPK has also invested in the development of the charging infrastructure. The depot at Wola Duchacka has been equipped with a 28 plug-in charging stations and there has also been a transformer station for electric buses charging build at a Nowa Huta depot.

What’s more, there will be a further five pantograph charging stations put into use in 2018: three in the city at Konopnicka Street, Piaszczysta Street and a second one at Pawia Street. The remaining two will appear at Wola Duchacka and Brożka Street depots.

One response to “Krakow is paving the way for electric buses”