345 new buses have been added to the Massachusetts Bay Transportation Authority’s (MBTA) service fleet in Boston. 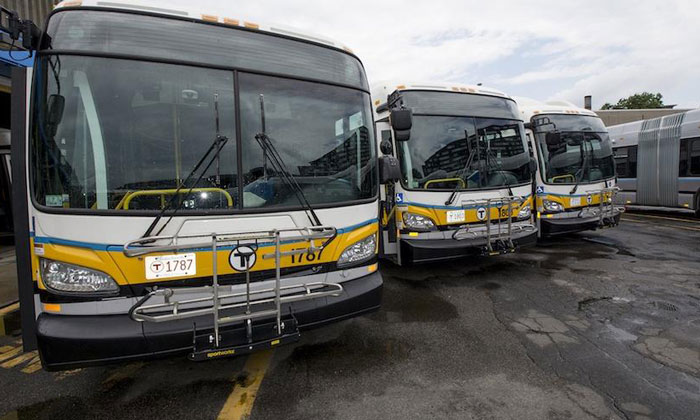 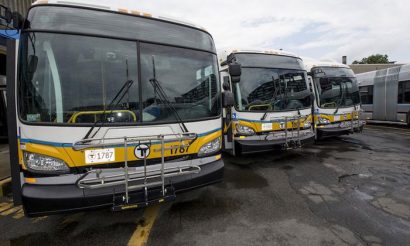 The $283 million in orders, placed in 2015, will deliver 375 new buses in total by next month to MBTA’s fleet, including 156 diesel-electric hybrid buses, 175 compressed natural-gas (CNG) buses, and 44 sixty-foot, articulated buses.

This shows the progress made by the Fiscal and Management Control Board (FMCB), which was installed by the Governor of Massachussetts, Charlie Baker, and has been leading the MBTA for two years. The FMCB’s focus on reform, controlling the rate of internal cost growth and maximising revenue growth has reduced a forecasted budget deficit of $335 million in Fiscal Year 2018 to $30 million, curbing operating expense growth to the lowest rate in more than 15 years and reinvesting savings in capital spending.

“In two short years, the hard working volunteer members of the FMCB and leadership at MassDOT and the MBTA have made important strides in delivering the reforms and upgrades to make our Commonwealth’s public transit system more accountable to taxpayers and riders,” said Governor Baker. “With 375 new buses and 428 new cars joining the fleet and critical infrastructure improvements including over 45 miles of new third rail and heating infrastructure, the MBTA is making the investments that ensure riders have the more reliable and dependable service they deserve.”

The FMCB has also prioritised bringing the MBTA’s operating systems into the 21st Century, phasing the introduction of an upgraded automated fare collection (AFC) system and a first-of-its-kind partnership with Uber and Lyft to provide paratransit users of The RIDE with flexible, on-demand transit options.

“With the support of Governor Baker and Lt Governor Polito, MassDOT and the MBTA are making smart short- and long-term investments in the core infrastructure to improve the health of the MBTA’s system,” added Secretary Pollack. “The FMCB has taken action to modernise the fleet of buses and rail vehicles in order to deliver more reliable service to our customers.”

This new order will help to replace the entire fleet of Silver Line vehicles serving the busy Washington Street corridor between Roxbury and downtown Boston.