The DLR is celebrating 30 years of service and to mark this a travel guide and an easier to read line map have been released. 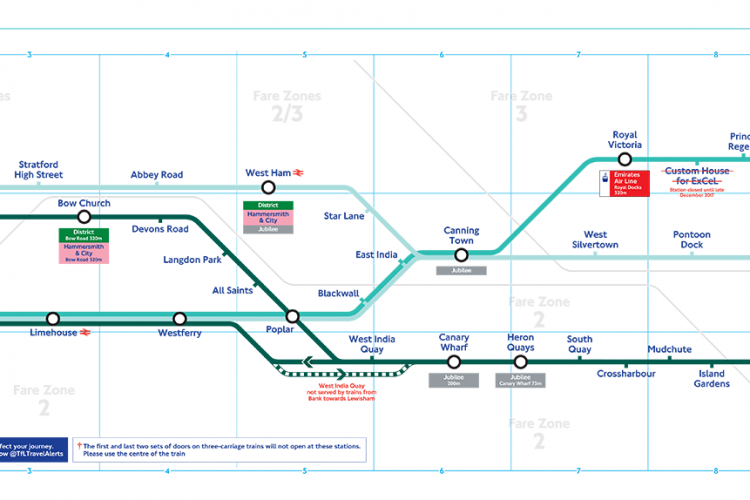 The Docklands Light Railway is celebrating 30 years of service and to mark the anniversary a ‘30 things to do by DLR’ travel guide and an easier-to-read line map have been released. 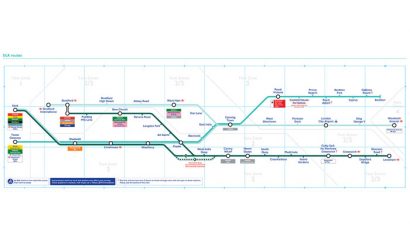 Officially opened by Her Majesty the Queen in summer 1987, the DLR initially began with just 11 single-carriage trains that served 15 stations. It has continued to grow, being extended six times to help meet east London’s growing population, and now serves Bank in The City, Beckton, Lewisham, London City Airport, Woolwich Arsenal and Stratford International.

Today, the entirely step-free railway carries 122 million passengers (up from 6.7 million in its first year) and encompasses 45 stations with 56 mainly three carriage trains on 38 kilometres of track.

“The DLR has been an integral part of east London for 30 years and we are proud of the contribution it has made,” said Danny Price, TfL’s Director of the DLR. “With a growing population, and continuing redevelopment in the area, the importance of good transport links is clear.

“With improvements such as a new generation of trains from 2022 and initiatives to make our customers’ lives easier, such as the new clearer DLR line map, we will ensure the DLR continues to meet those growing needs.

“We also want to take the opportunity to celebrate the growing number of top attractions and hidden gems linked by the DLR through our new travel guide.”

DLR customers will benefit from new trains in 2022, helping boost capacity on the DLR by 30%. The new trains are part of the Mayor of London’s draft Transport Strategy, which plans to create a fairer, greener, healthier and more prosperous city by improving public transport and encouraging active travel.