Edinburgh gets a green injection of Lothian buses

Lothian has launched a fleet of 30 brand new, low emission buses this week. At an investment in excess of £7 million the fleet will be serving one of Edinburgh’s busiest roads and turning the tide on its pollutant reputation. 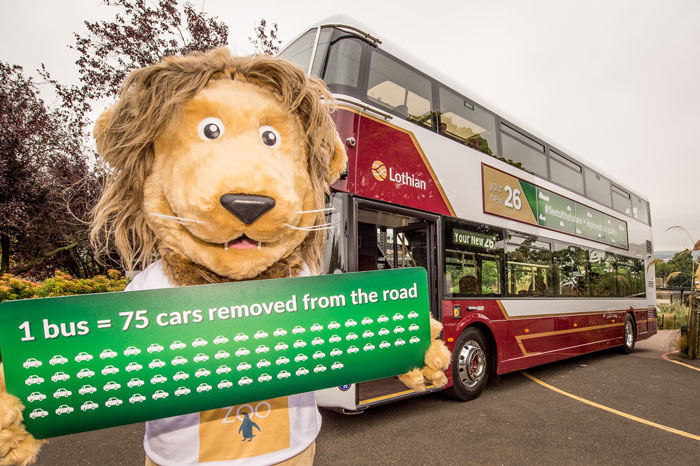 Lothian has launched a fleet of 30 brand new, low emission buses this week. At an investment in excess of £7 million the fleet will be serving one of Edinburgh’s busiest roads and turning the tide green on its pollutant reputation. 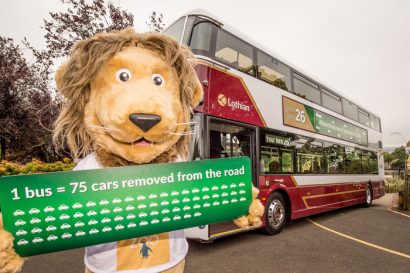 The new Euro 6 vehicles were presented to the city in a parade from Princes Street to Edinburgh Zoo and will operate on Service 26.

Bringing some green to the city

This service connects communities from the west of the city to East Lothian, travelling along St John’s Road in Corstorphine, which is one of Edinburgh’s air quality management zones. Once hailed as the ‘most polluted road in Scotland’, Lothian will convert its final service along this corridor to Euro 6 by the end of 2018. This latest investment will ensure that all buses on this key artery into the city will meet a minimum of Euro 5 emission standards, providing its residents and commuters with the greenest fleet in the city.

The engines on the new buses will have much lower CO2 emissions, with the combined reductions in the new fleet being equivalent to that of 164 cars per year.

The custom-built specification for Lothian features USB charging points, high-back seats, increased glazing for visibility and media screens with next stop audio and visual announcements all designed to enhance and improve customer experience.

The Euro 6 Volvo double deckers, with Wrightbus Gemini 3 bodies manufactured in Northern Ireland, will reduce CO2 emissions by 25%; nitrous oxides by up to 98%; and particulates by approximately 75%, compared with the existing fleet.

By the end of 2017, 76% of Lothian’s fleet will be at Euro 5 emission standards or above. Being fully committed to measuring and improving the environmental impact of its operations, the company plans to introduce 86 new vehicles this year in an investment worth £20.9 million.

Richard Hall, Managing Director, Lothian said: “We fully support the City of Edinburgh Council’s and the Scottish Government’s strategies to improve local air quality. St John’s Road has always been a main artery within the city that we had earmarked for improvement and investment. The introduction of 30 new low emission buses to this route, combined with our on-going fleet replacement strategy BUS2020, ensures that we as a business are doing our part to improve air quality across the city.

“Buses are the lifeblood of the city and economy, transporting thousands of customers everyday”

Councillor Lesley Macinnes, Transport Convener for the City of Edinburgh Council said: “We welcome this investment by Lothian, which will significantly impact emissions in areas of poorer air quality across the city as part of a continued effort to convert to cleaner, greener vehicles.

“As a Council we are committed to improving air quality and reducing CO2 emissions via a range of measures, but it is only with the support of companies like Lothian that we will be able to achieve this.”

Emilia Hanna, Air Pollution Campaigner, Friends of the Earth Scotland added: “‘We welcome Lothian’s launch of a cleaner 26 route along the St John’s Rd corridor, which is Edinburgh’s most polluted street. Air pollution is still a public health crisis in Scotland, responsible for over 2500 early deaths each year. Buses are a key part of the solution to air pollution and are essential for the majority of Edinburgh residents who do not travel by car.

“One full double decker bus can hold the equivalent number of passengers as 75 cars can, so buses are a clear winner when it comes to tackling congestion and toxic air pollution, especially when they offer a clean and comfortable experience.”

Lothian’s environmental programme began in 2011 and has so far seen over £44 million invested in hybrid and Euro 6 vehicles, with support from the Scottish Government’s Green Bus Fund. It currently has 85 hybrid vehicles and – with the latest deliveries – will have 152 Euro 6 buses.