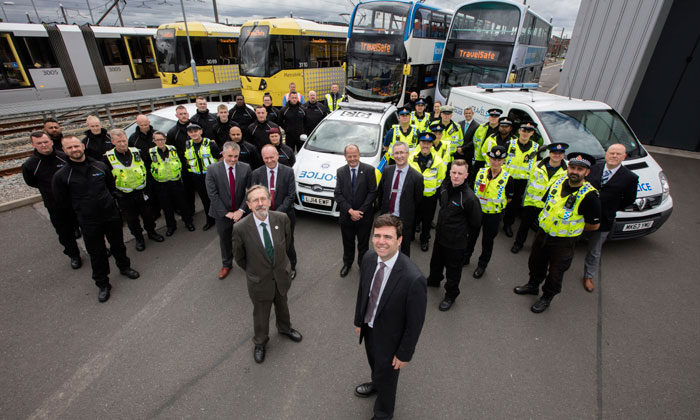 Following on from our article with TfGM about the TravelSafe Partnership, the multi-agency approach set up to tackle and reduce crime and anti-social behaviour (ASB) on the region’s bus and tram networks, is set to be bolstered by dozens more officers, with an increased staff presence particularly in the evening and at weekends.

The new Metrolink operator, KeolisAmey, will introduce 900 hours per week of additional security support onto the tram network when they take over the running of the UK’s largest light rail system. This equates to 24 new TravelSafe Officers (TSOs) who are Security Industry Authority accredited.

The TSP uses intelligence and crime and ASB data from contributing operators to help target patrols in the necessary areas at key times.

“Greater Manchester’s transport network has become one that our residents and users can be proud of,” added Chief Superintendent John O’Hare from Greater Manchester Police. “It means that there will be staff dedicated to ensuring the safety of transport users, which will be a welcoming sight to everyone who uses the bus and tram network. The PCSOs will be working alongside colleagues within the travel networks in addition to colleagues at Greater Manchester Police to deter criminality and to deal with any incidents that can affect public safety.”

The TSP is split into four units, each responsible for one of four geographical areas. This means members of the team become familiar with recurring issues and hotspot areas, not only on the transport networks but within the wider community in the areas they serve.