MZA, Solaris Bus & Coach and BZ WBK Leasing S.A. have signed an agreement for a delivery and leasing of ten electric buses. 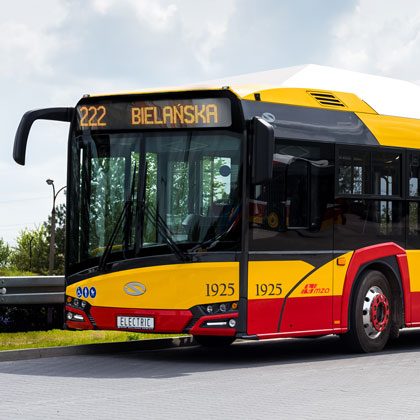 The representatives of Warsaw’s municipal bus operator – MZA, Solaris Bus & Coach and BZ WBK Leasing S.A. have signed an agreement for the delivery and leasing of ten electric buses. 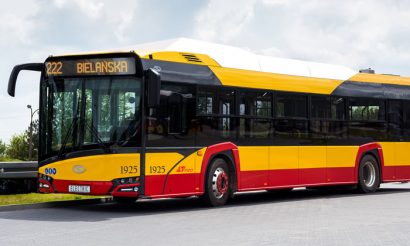 The contract, worth over 30 million PLN, states that the ten new generation Solaris Urbino 12 electric buses will arrive at the streets of Warsaw in the first quarter of 2018.

“We are focusing on electromobility,” said Renata Kaznowska, Warsaw’s Deputy President. “Six years ago we purchased four hybrid buses and two years ago, the Royal Route in Warsaw saw the first electric buses. Today, we signed another contract for a delivery of ten electric buses which will operate the areas of Nowy Świat and Krakowskie Przedmieście from the beginning of next year. We plan that there will be 160 vehicles using this type of drive on the streets of the capital city by 2020.”

The buses will be equipped with 208kWh Solaris High Energy batteries which can be charged using a depot plug-in charger at 40-120kW, or by a roof-mounted pantograph. Owing to this solution, the buses will be able to carry out everyday transport operations.

“We want to introduce 800 new buses into operation by 2027 (610 of them being 18-meter and 190 10- and 12-meter long),” added Jan Kuźmiński, the CEO of MZA Warsaw. “We want the majority of them to be low and zero-emission meaning hybrid, CNG and electric. We are a pioneer and one of the European leaders in electromobility. We plan the further development of electric public transport.”

“I am very pleased that we can continue our long-term and fruitful cooperation with MZA by delivering another batch of electric buses,” concluded Solange Olszewska, CEO of Solaris Bus & Coach S.A. “Choosing our vehicles is an evident sign that Warsaw is not only consistently investing in the purchase of modern, comfortable and environmentally friendly low-floor city buses but is also doing it in a very effective way, setting European trends in public city transport at the same time.”

According to the agreement, the buses will be delivered by the end of March 2018.