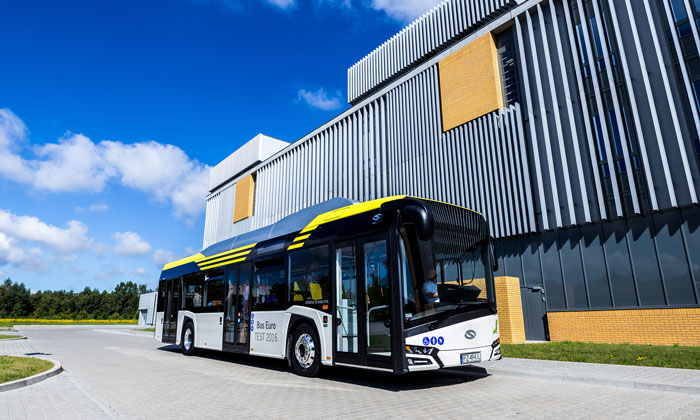 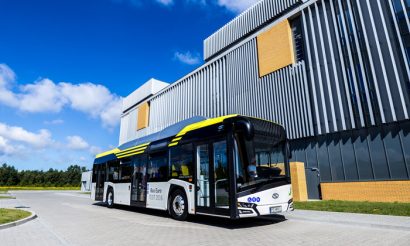 The two sets of buses ordered by Italy are similar constructions in terms of technical parameters, with the model winning the ‘Bus of the Year 2017’. The supplier of the electric drive for the buses of both contracts is Polish company, Medcom. The Urbino electric for the Italian market will be powered by AVE 130 axles with two 125kW integrated traction motors.

The electric power will be stored in a High Energy batteries pack with a total capacity of 240 kWh. In both vehicles the manufacturer will use the modern dashboard touch panel of its own design.

Despite similar drive and battery preferences, both carriers have chosen a different way of recharging their emission-free buses: the ATB Bergamo’s Urbino 12 electric will use a Medcom plug-in charger with the ability to charge two vehicles simultaneously at 40kW, while ATM Milano chose to use 70kW on-board chargers from the same producer.

The passenger compartment offers a variety of amenities for the driver and the passengers. With ATB Bergamo, passengers will have 23 seats, 11 of which available from the low floor, with the total capacity being 74 people. The buses have air conditioning with automatic temperature control and the interior will be illuminated using energy-saving LED technology. Furthermore, the producer will provide an ATS monitoring system consisting of a 7” monitor on a centre console, a rear camera and cameras above the doors. The vehicles’ equipment is to be complemented by a passenger information system to help the passengers find the right stop.

The ATM Milano has configured its vehicles to offer seats for 26 passengers, with 14 of them being available from the low floor. Again, the buses will also have air conditioning. One of the elements improving safety on board is the Fire Trace fire extinguishing system which includes the possibility of automatic extinguishing of the traction container.

Similarly to ATB Bergamo, the operator from Milan has also ordered an advanced monitoring system, consisting of 9 cameras, a rear camera, a 10” monitor on the centre console and a data recorder. The vehicles will also provide a passenger counting system.