Bombardier Wins Contract for 50 Trams for One of the World’s Largest Tram Operations in Melbourne, Australia 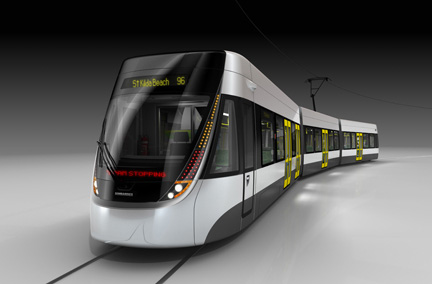 Bombardier Transportation today confirmed that it has received a firm order for 50 trams from the Department of Transport in Victoria, Australia.The contract is valued at $303 million AU (216 million euro, $293 million US), includes the supply of 50 BOMBARDIER FLEXITY Swift low floor trams, a mock up, maintenance equipment and maintenance of the trams until 2017. There is also an option for a further 100 FLEXITY Swift trams. 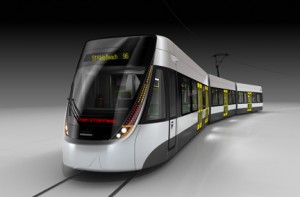 The trams, known locally as FLEXITY Melbourne, are 33 metres long, carry up to 210 passengers and will be manufactured by Bombardier at their Dandenong site, with Bombardier’s sites in Mannheim and Siegen, Germany, supplying the BOMBARDIER MITRAC propulsion system and bogies respectively. The first vehicles are due to be delivered in 2012.

“Two thirds of Melbourne’s trams have been supplied by Bombardier and have provided Melbourne’s commuters with excellent service,” said Dan Osborne, Managing Director of Bombardier Transportation Australia, “The FLEXITY Melbourne tram fleet will see the resumption of tram production in Australia after a 12 year break and provide opportunities for our local supply chain to participate.”

Victoria’s Public Transport Minister Martin Pakula said the order would add capacity to carry 10,500 extra passengers in peak periods. “We are pleased to be working with Bombardier on the new fleet for Melbourne”, Mr Pakula said. “The order is a boost to our tram fleet and is a fantastic endorsement of our local manufacturing industry.”

Bombardier is currently delivering 51 two and three car VLocity regional trains to the Victorian Government; this order is a further endorsement on Bombardier’s focus on flawless project execution.

More than 1,500 FLEXITY vehicles from Bombardier are already in successful revenue service. Overall, Bombardier now has more than 2,800 trams and light rail vehicles operating or on order in cities across Europe, Australia and North America.