National Express engineers have been recognised for excellence with an Institute of Road Transport Engineers Certification Award. 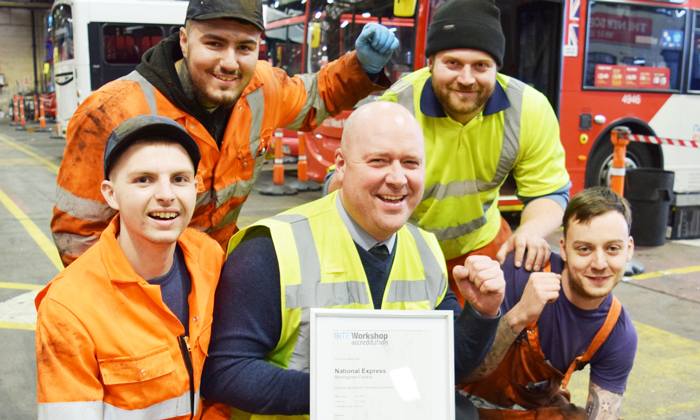 National Express engineers are celebrating after all its UK bus garages were recognised for excellence with an Institute of Road Transport Engineers Certification (IRTEC) Award. 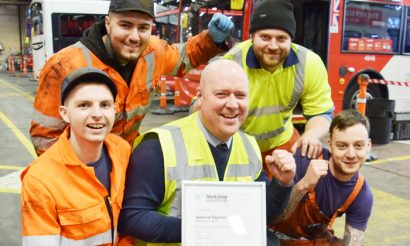 “I’m really proud of the team,” said John Parker, National Express Engineering Manager at Birmingham Central garage. “The FTA don’t just give these awards away. Our engineers really do have to perform at the highest level to gain this level of recognition. To achieve this award, we are independently assessed in a number of key engineering areas such tooling, systems, training records and calibration.”

IRTEC is widely recognised as the leading industry benchmark of transport engineering. It assesses and licenses the safety and competence of technicians who maintain and repair vehicles. Auditors from the Freight Transport Association, which runs the IRTEC scheme, visited every National Express bus garage and closely examined the work going on there.