Today is Metrolink’s 25th birthday and it has a lot to celebrate having tripled in size since it first opened its doors on 6 April 1992. 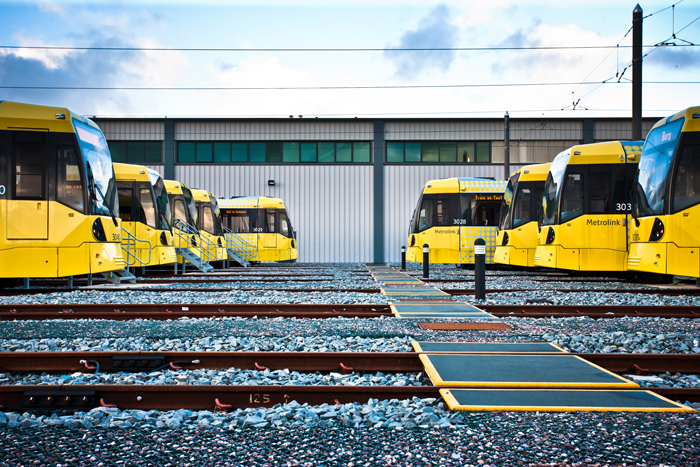 Today is Metrolink’s 25th birthday and it has a lot to celebrate, having tripled in size since it first opened its doors on 6 April 1992 to become the largest tram network in the UK. 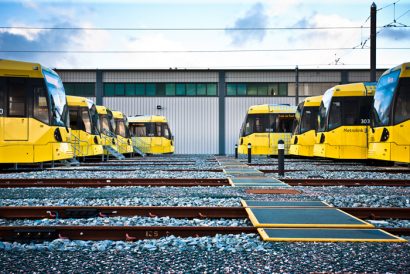 Passenger services started operating between Bury and Manchester Victoria 25 years ago, with services to Altrincham following soon after, before Her Majesty the Queen officially opened the network during a special ceremony in July 1992.

“Having overseen the development of the original plans to reintroduce a tram system to Greater Manchester, I’m immensely proud to see the positive impact it’s made to so many people’s lives,” said Councillor Andrew Fender, Chair of the Transport for Greater Manchester (TfGM) Committee. “Metrolink was developed with the future in mind so it was inevitable that expansion was on the cards. This year has already seen us deliver the Second City Crossing and start work on a new line out to the Trafford Centre. Here’s to another 25 years of growth.” 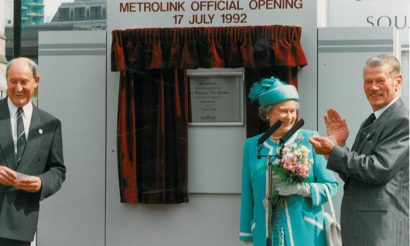 Metrolink official opening by HM The Queen in 1992

Prior to 1992 trams hadn’t operated in the area since 1949 when the last service was decommissioned to be replaced by buses. The concept of bringing trams back into service was born back in 1982 when a Rail Study Group was created to give the local rail network a secure long-term future by creating a new north/south link across the city centre that was much easier for people to access.

Ten years in the making and Metrolink’s opening heralded a new chapter in public transport and set the standard for other tram systems to follow.

“I’m delighted to be at the helm of a network that is so forward-thinking, but it would be remiss of me to not pay homage to everyone who has helped to craft and shape such an iconic symbol of Greater Manchester over the last 25 years,” added Danny Vaughan, TfGM Head of Operations for Metrolink. 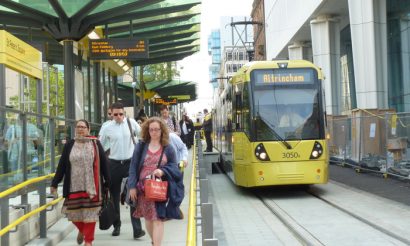 For a more in-depth history of 25 years of Metrolink, click here to read Intelligent Transport’s article on the Silver Jubilee celebration written by Councillor Andrew Fender, Chair of the Transport for Greater Manchester Committee.