Two Urbino 12 electric vehicles have been purchased by Unibuss, marking a new electric era for the Norwegian public transport operator. 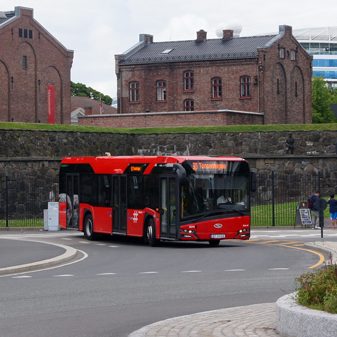 Two battery-powered, zero-emissions Urbino 12 electric vehicles have been purchased by Unibuss, marking a new electric era for one of the largest Norwegian public transport operators. 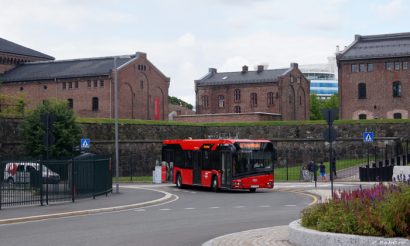 The 12-metre Solaris Urbino electric vehicles will be fitted with a ZF AVE 130 electrically driven portal axle and are equipped with 75 kWh High Power batteries. The vehicles will use a roof-mounted charging system by Siemens that will enable a line to run for a full day, with the pantograph automatically lowering from the charging station on to the bus roof at the end stops. The whole charging process lasts up to eight minutes.

Environmental-friendly municipal transport has always been one of the key interests of Solaris with the company implementing innovative technologies since its beginning, specifically focusing on vehicles that were increasingly environmental-friendly, starting with trolleybuses, hybrid buses, trams and ending with completely electric buses.

Bus of the year

“This model was named ‘Bus of the Year’ in 2017,” said Sverre Skaar, Managing Director of Solaris Norge. “Solaris electric buses have already been proven in Northern Europe, and now we want to show that they can work well also in Oslo. The innovative opportunity charging concept which has been implemented in the vehicles enables to equip the bus with a smaller battery pack, which provides additional seating.”

Unibuss is one of the largest public transport operators in Norway with 750 vehicles, carrying passengers in eastern Norway. It also has one of the nation’s most environmentally friendly bus fleet consisting of hydrogen buses, biogas buses, biodiesel buses and hybrid buses. Solaris Urbino electric will be the first battery-powered buses used by the operator and both zero-emission vehicles will be operating on heavily trafficked line 74 in Oslo which leads between Vika and Mortensrud districts in the capital of Norway. 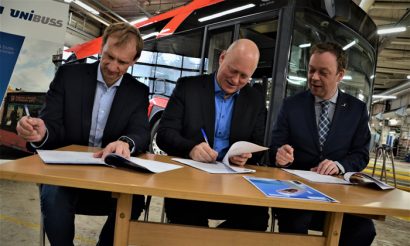 From left to right: Lars-Einar Petterson, PR-Manager at Siemens, Øystein Svendsen, CEO of Unibuss and Sverre Skaar, Managing Director of Solaris Norge AS

“We have the ambition for our buses to operate in ever more of Norwegian cities than they have been so far,” added Øystein Svendsen, CEO of Unibuss. “Within the next four years we will extend our presence outside the Eastern region. To be successful with it, we are focusing our activities primarily on new cleaner and environmentally friendly technologies as electric and CNG buses. We believe that this should be our top priority for implementing our ambitious growth strategy.”

Both buses will be put into operation in autumn this year.